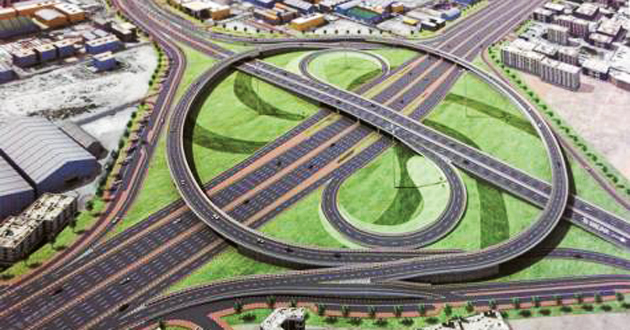 The National Paint roundabout. In an ideal world.

I’ve always wondered what effect having its brand associated with such a negative thing as an infamous cause of awful traffic congestion has had on National Paints.

It’s a charming tradition in the UAE that landmarks are frequently known by the company nearby – so we have Mothercat roundabout (after the Mothercat construction company), BMW roundabout and so on. These names are so much more colourful than the official names, particularly in Sharjah where all roundabouts are called squares. This caused a teacher friend of ours of twenty years’ residency considerable pain and was, we think, a contributing factor in her decision to up sticks and go back to Blighty.

Every day the traffic piles up there, stretching in an unbroken line of multi-laned misery all the way back to the Sharjah Airport Road and even beyond – kilometres of snarled-up, lane-swapping traffic. Every day, tens of thousands of hapless commuters queue up, cars jostling to join any lane that looks like it might offer a marginal advantage over the others, be moving at slightly less of a snail’s pace than the others.

At the core of the torment lies National Paints, a most admirable company whose name has become synonymous with horrible traffic.

Now Those In Authority are finally acting to remediate the bottleneck – the Emirates Road flyover at National Paints is to have extra lanes added and a long service road will cut down on congestion from joining traffic. The labour camp has already been built (it’s behind Sharjah English School) and work will soon commence on what will be a major overhaul of one of the two key arterial routes between Dubai and the Northern Emirates (the other one being the E611).

Which means, from June 22nd, trouble. And plenty of it…

One Response to Paint it Red: Unfortunate Brand Association