UAE Media Shame and ‘The Tent Next Door’ 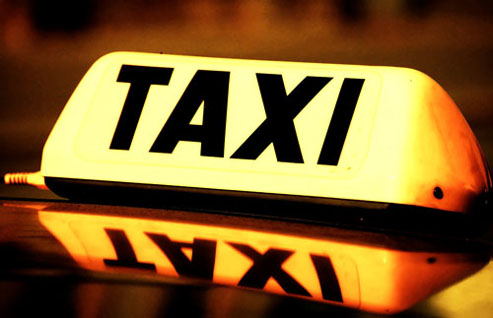 It’s a quote that often comes to mind when I see the behaviours of the UAE’s newspapers. A journalist on one of the Arabic papers many years ago told me memorably that the trick to being an Arab journalist is never to piss in your own tent. Always do it into next door’s.

It’s remarkable to compare the coverage of the Sharjah Taxi Crisis in today’s Dubai-based Gulf News with that in the Abu Dhabi-based The National. I posted about the issue earlier this week – basically Sharjah taxi drivers are being charged to drive at a rate of Dhs0.52 per kilometre, rendering their ability to make money, already limited by fines, charges and high commission targets, almost untenable.

Gulf News buries the story as a side panel to the page 3 piece, ‘Abu Dhabi taxi drivers’ protest continues‘. In the side panel to the main Abu Dhabi story, GN avers that residents are having problems getting a cab as Sharjah taxi drivers ‘refused to work for a third day in a row’. The story is also way down the pecking order on the website – Tom Cruise gets a great deal more coverage. I can’t find the Sharjah nib on the website at all. But the extraordinary lack of detail in GN is neatly exposed by The National’s reporting.

‘Hundreds of cabbies quit over new fuel deal‘ is The National angle. A bit more dramatic than residents finding it hard to get a cab, isn’t it? The National story is well worth a read – according to the paper over 400 cabbies have walked out and the regulator is quoted as saying that ‘not even a quarter of the 4800 cabbies are on strike’ which I take to mean, because I love phrases like ‘not even’, that at least 1,200 cabbies are refusing to work.

I don’t know if I’d be brave enough to go on strike if I were a cabbie here, particularly if I had a family back home dependent on my remittances. I have posted many, many times about the iniquitous and draconian regime of the taxi companies here, specifically in Sharjah because I have my ‘inside man’, the lugubrious Mr. G. If you’re interested in the full picture, here are those very posts. To actually stand up and defy them must take guts – or desperation.

Sharjah’s Gulf Today, of course, merely burbles ridiculously about bus driver standards and training in today’s edition because covering possibly the largest labour dispute in the Emirates’ recent history is in no way in the public interest (Yes, I know the public interest has nothing to do with it, I’m just saying).

Gulf News deserves to be held to a higher standard than Gulf Today, though. And in this, it has failed. Its silence is nothing less than shameful – and its shame is clearly exposed by The National. Which itself fails to mention the ongoing dispute between Cars Taxis and its drivers in Abu Dhabi, now into a second day of strike action according to Gulf News.So The National hardly holds the moral high ground here.

The lesson in this is clear, though: if you want to find out what’s really going on these days, pop over to the tent next door for a gossip. But don’t forget to wear rubber-soled shoes.