Women in Saudi: The Employment Dilemma 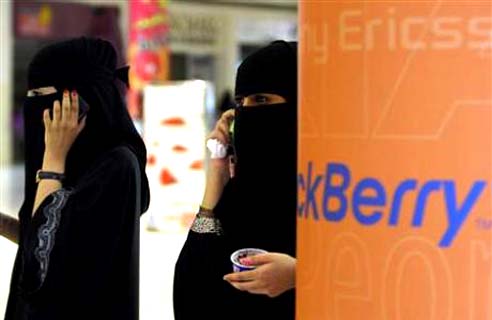 There’s an interesting article by Fatima Sidiya and Diana Al-Jassem in Tuesday’s Arab News about employment of women in Saudi Arabia.

According to Princess Lolowa Al-Faisal, who opened the Women in Leadership Forum in Jeddah this week, only 15% of the Kingdom’s employed manpower is female. So if you take away the large number of female teachers, the percentage of women in the economy in general will be considerably smaller.

This is a situation that has parallels with that in the United Kingdom before the First World War, when the majority of working women were in domestic service.

What changed the game in the UK was the disappearance of hundreds of thousands of male workers to fight in the war. In order to keep the munitions factories churning out war materiel, the authorities were forced to admit women en masse into industry. Thousands of women were also required both at home and at the front to nurse injured soldiers. And many others were recruited into administrative roles in the civil service and the private sector. After the war, many never returned into domestic service.

Similarly, during the Second World War women found themselves in jobs they might never have contemplated in peacetime – working in the fields to assure Britain’s food supply at a time when imports were drastically curtailed through German submarine attacks on ships supplying the country. Women even found themselves in a vital role flying military aircraft from factories to air bases.

So the employment of women in the UK workforce took two huge leaps forward because necessity forced changes in social norms. In addition, the increased role of women in the workforce during and after World War I led to their political emancipation. In 1918, women were for the first time able to vote for members of Parliament.

One would not wish such circumstances to enforce the change in Saudi Arabia yearned for by many women. Nor are they likely to. But I refer to the British experience to make the point that big and relatively sudden changes usually have external drivers. Because of its wealth, Saudi Arabia is somewhat insulated from extreme economic drivers to employ more women.

Yet social drivers remain. High youth unemployment. The return of thousands of students from Western universities – many of them women – with expectations of receiving well-paid jobs. Difficulties in implementing an effective Saudization program in an economy reliant on foreign workers who will work for wages that would never support a young Saudi family.

Difficulties facing women who wish to enter the workforce are only part of what the Saudi leadership recognizes is a slow burn of discontent.

Since the Saudi way is gradual incremental change rather than potentially destabilizing step changes, we are seeing increasing debate at events like the Women in Leadership Forum that raise the profile of employment issues. Adel Fakieh, the new Minister of Labor, has on a number of occasions declared his determination to fix the Saudization problem, and has engaged foreign consultants to advise him on new strategies.

I’m not sure that hiring McKinsey or any other Western consultant will provide him with the answers he needs. I am sure that within his own people, who know better than any external consultant what the issues are, lie the answers. It’s time for the educated Saudis who have a foot in both camps – Western education and an understanding of the social and cultural dynamics within their own country – to step up to the plate.

Office politics, said Al-Anjari, is one of the main reasons why many Saudi women avoid working. “Office politics is a very dangerous phenomenon and widespread among women. Joining one group of colleagues and ignoring others will affect employees negatively,” she said.

Sexual harassment in the workplace, she said, also deters women from working. “Women should not allow men to compliment them with nice words. They should put up red lines that no one can cross,” she added.

Amal Asaad Sheera, director of human resources at Schindler and deputy chairperson of the Human Resources Committee at the Jeddah Chamber of Commerce and Industry, said Saudi youth, of both genders, are unable to develop the required skills for the Kingdom’s job market. “Most youths refuse to go on training courses for a few months. They don’t have patience. Saudi families should teach their sons and daughters how to build themselves by accepting challenges … Our role as human resources consultants is to be close to young employees, support them and manage their expectations,” she said.

She also said Arab families want their women to be beautiful wives, supermoms, successful businesswomen and excellent at socializing. “Women can’t do all these things together. They need to manage their time and prioritize,” she added.

Both Al-Anjari and Sheera said women should not wait for opportunities, but create them.

The full article is here.

There are other inhibiting factors. One Saudi manufacturer of my acquaintance has a women-only assembly plant. The annual attrition rate of male Saudi employees 30%, which is not great. But the company loses 65% of its women employees every year, and suffers substantial absenteeism.

There are a number of reasons for this. The availability of a male guardian to take them to work. The fact that most of their female staff are aged between 18 and 25, and apparently are of an age where social life and upcoming marriage takes precedence. The company is planning to address the problem by providing transport to work, and by hiring older women who they believe are likely to have more stable personal lives.

As for graduates, it’s wrong to think that all women who study at university wish to go straight into work. A friend who has worked extensively in female education tells me that some Saudi women want degrees because they believe that as graduates they will have the chance to secure a better class of husband.

Attitudes to marriage also play a large part in discouraging women from going into nursing. The Arab News recently ran a story about female nurses in the Eastern Province leaving their jobs because of pressure from husbands who object to their wives working unsocial hours. The article also mentioned that some proposed marriages fall through when the prospective husband’s family discover the bride-to-be’s profession.

As with most issues in Saudi Arabia, the employment challenge is far from black and white. Of one thing you can be sure. The Kingdom’s leadership will allow no changes that will upset the delicate social equilibrium in that unique country. Gradual change will continue to be the order of the day, whatever frustrations might be encountered on the journey.