Labour: The GCC’s Most Dangerous Addiction 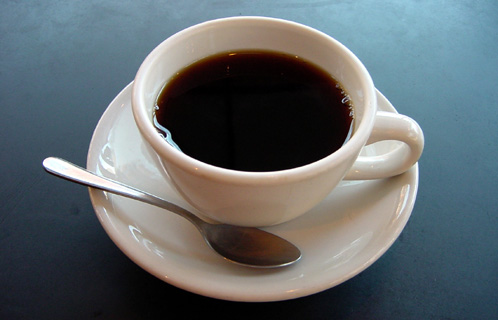 This morning the Bahrain Gulf Daily news published my piece on immigrant labour in the wealthy nations of the Arab world. One of my points was about the tardy efforts of some countries to come to the aid of their citizens trapped in Libya.

But the wider point was that the low-paid migrant workers keep their host countries running by doing the jobs that the locals refuse to do. Their presence is resented by many, especially in countries with high youth unemployment. Many work in tough conditions. Some are abused and financially exploited by their sponsors and employers.

As an example, here’s a disturbing story about an incident involving a contretemps between a Bangladeshi taxi driver and a group of young Saudis. It comes from the personal experience of Ali Shah, who writes a blog from Riyadh.

Another aspect of the use of migrant labour – particularly in Saudi Arabia – is the sheer inefficiency of the system. At a time when the Saudi Minister of Labour is proclaiming yet again about the need to replace foreign labour with nationals – a consistent but largely unfulfilled refrain over the past thirty years – the sponsorship system incentivises wealthy individuals to import foreign labour whether it is needed or not.

Thousands of workers many from South Asia find themselves in jobs in which they do little actual work, but are there for the convenience of their masters and mistresses. Drivers, cleaners and tea boys for example. Their presence enhances the status of the businesses and families that employ them. In fact, whether needed or not, a large group of retainers is as much de rigeur for the wealthy as a fleet of Mercedes 500’s.

Here’s a little vignette I wrote after a year spent in Riyadh:

In the week before I arrived, the Owner informed us that “you need a tea boy. This is very important”. So a couple of days later, Ali (not his real name) was delivered to the office by the Owner’s secretary. Unfortunately, he couldn’t make tea, coffee or anything else we were aware of. Worse than that, he couldn’t speak English or Arabic – only a language (which we subsquently discovered was Malayalam) with which none of us were familiar. We were not even sure that he could read and write.

Nonetheless, my colleagues went out and bought some packets of ground Starbucks coffee, and taught Ali to make coffee with a cafetiere. So for the first week, he was able to respond to a request for a “Starbucks”, which for him became the English word for coffee.

We established that Ali was from Kerala. By getting him to write down the name of his home town, we also worked out that he was literate. So the first task was to teach him the basics of English and Arabic, so that our conversations would not be confined to “tea”, “coffee,” “water,”  “hello”  and “goodbye”, and their Arabic equivalents.

But the main problem was what to do with him. There are only so many cups of Starbucks and bottles of water that one can take in a given day. We were a small team, so Ali spent much of his time doing nothing. He used to stand in the doorway of the kitchen, effectively in wait mode. Not reading a book, not writing home, not sitting down. Just standing.

As a Westerner used to trying to get bang for the buck from every member of staff, I found this quite disturbing. I didn’t know where he came from, how long he had been in the Kingdom, or where he lived. I suspected that he was a recent arrival, grateful to have a job, but without a clue about what was expected from him.

I tried communicating with him via the Google translator, by translating  “I hope you’re having a nice day” into Hindi and showing him the screen. But he stared at the words blankly, and at me as if I was slightly mad.

How he coped with standing by the kitchen at for three hours at stretch doing precisely nothing was beyond me. We set him at cleaning the office as well as making “Starbucks”, and as his language skills improved, on the odd occasion he would sally forth to bring back takeaway lunches. He could have progressed to binding documents and sending faxes, but we had an executive assistant from Egypt who jealously guarded that activity.

There are thousands of Alis in Saudi Arabia, waiting on the command of their masters, with nothing to do until that command arrives. I suspect that many of them are more resourceful than our guy, and find ways to occupy themselves during fallow periods. Hopefully in time Ali will transform himself into the typical trilingual, multifunctional man around the office who keeps Saudi business afloat.

After I left Riyadh, Ali also moved on. He had mentioned that he had a brother who ran a restaurant. Perhaps he’s working there now. You might ask why I didn’t simply let him go when it became obvious that there was little for him to do. That would have been the Western way. But the minimal impact of his salary on the bottom line, and the cultural imperative of having someone around to serve tea and coffee to our infrequent guests, kept him in the job.

There’s nothing unique about Ali’s story. But it seems to me that addiction to foreign labour is so ingrained in the societies of the wealthy oil producers that it will take a generation or more, and some very hard decisions on the part of governments, before these societies recognise that the status quo of addiction to migrant labour is unsustainable.

That, and a radical mindset change among people who believe that everything can be bought, and nothing has to be worked for.