GCC Youth and the False Goal of ‘Being Management’ 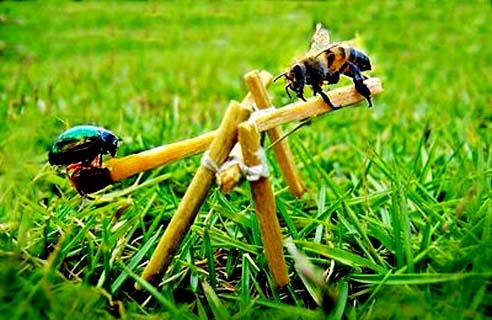 I have a friend who has a rather quirky view on the world of work. Most people, he says, see the workforce as divided into thinkers or doers. Or the skilled and unskilled. Or masters and servants.

The bees are those who do things. They invent, create, design, build and produce. The beekeepers basically live off the efforts of the bees.

In his world, the bees are the engineers, the architects, the software engineers, the builders, the technicians and the construction workers. The beekeepers are the managers, the lawyers, the accountants, the HR people and the administrators. In his view, the vast majority of the beekeepers are parasites. The things they do to for the bees amount to little more than making sure that they are safe and productive in their hives.

The smart bees, he says, are those who realize that they can build their own hives without the beekeepers continually stealing their honey. Riskier, yes, but at least they get to keep their own honey.

My friend is a software engineer, so I guess you’d expect him to have a very idiosyncratic world view. I come from a family of beekeepers, so we have some interesting conversations. My father was a lawyer, and I’ve spent the past 30 years running businesses through the efforts of my friend’s bees.

But as a parasite of many years standing, I do accept that he has a point, particularly as regards the Middle East. It seems to me that the parents of many Saudi, Bahraini and Emirati kids instill in their sons and daughters (and particularly their sons) the idea that the only respectable career path is in management.

By all means become an engineer or doctor, they say, but use your qualifications to become a manager as quickly as possible. This way you’ll have a good salary and job security. Better still, do a degree in management, and you’ll be qualified to start managing people right away!

You can’t fault the logic. But what if the son or daughter loves making things or healing people, and just wants to be a better engineer or doctor? Doesn’t the future prosperity of Bahrain and the other GCC nations depend not only on having good managers, but also on having inventors, designers and architects who lead the way in their fields, so that the economy no longer depends on bringing in foreign expertise?

And what of the business leaders? Would it not be better for aspiring entrepreneurs to look at the example of Bill Gates of Microsoft and Steven Jobs of Apple. Before they started their businesses, Gates and Jobs, at a time before access to computers was not nearly as easy as it is today, spent thousands of hours from high school onwards becoming the best software developers of their generation.

When they went on to form Microsoft and Apple, what they created was the result of their own labours and those of a small team of likeminded individuals, many of whom are now billionaires. Would they, or the founders of Google or Facebook, have made their fortunes if they’d taken a management degree and assembled a team of programmers without having a clue about how to program themselves? I doubt it.

So my message to parents and teachers in the GCC is that it there is an alternative to management, and it can be just as rewarding in the long term. To the kids, I’d say, wouldn’t you like to be the first Bill Gates from the Middle East? Then look at how he achieved his success, and follow his example.