A New Saudi Arabia: Thoughts For a Better Future 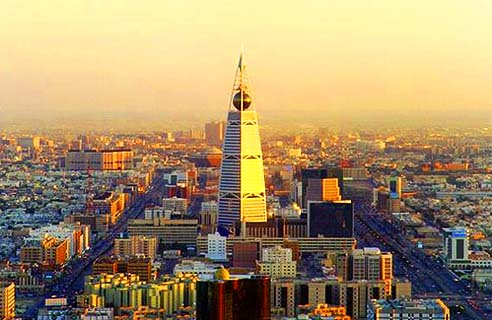 In my last post about entrepreneurship in the Middle East, I suggested that it might take 40 years, or two generations, before a culture of innovation becomes embedded into many of the countries of the Middle East. The trouble is, the oil-producing countries are involved in a race against time. There are many variables that will determine what the world will look like in 2050: population growth, employment levels, climate, the availability of food, water and mineral resources, and last but not least, the availability of energy sources.

Saudi Arabia is the economic kingpin of the region. How the Kingdom deals with these issues will to an extent determine the overall future of the Middle East. As it inches crab-like towards social and economic reforms, many commentators both within the country and abroad argue that the process is not fast enough. Others argue that slow, incremental reform is the only way in which the leadership can ensure that the country holds together. Rapid and fundamental change would be unlikely to bring the support both of the conservative and reformist wings of society. So the risk would be of civil unrest or worse.

The counter-argument is that high unemployment among the 70% of the population currently under 30 will, if not addressed rapidly, sooner or later also bring unrest.

What’s to be done? Well, in the spirit of thinking the unthinkable, here’s one scenario.

King Abdullah, upon his return to Saudi Arabia after successful surgery in the United States, broadcasts to the nation. And this is what he could say:

In the name of God the Merciful and Compassionate. Beloved brothers and sisters.

I am delighted to be back among you in full health, so that, God willing, I can spend the remaining years of my life in the service of my beloved people.

During my absence I have had the opportunity to consider carefully the challenges facing our country. They are many and varied. And I know that there are many different opinions as to how we should deal with those challenges.

Of one thing I am sure. We cannot stand still. Today our economy is stronger than ever. We are a respected member of the G20 group of nations. We have carried out many initiatives to foster a new economy that will remain strong after our blessed patrimony, our reserves of oil and gas, have been depleted. But we have to face the prospect that within the next fifty years those resources will no longer be as valuable to the world as they are today. Our neighbours and trading partners are, as I speak, developing  alternative energy technologies which are reducing the world’s reliance on hydrocarbons.

We must do the same. Whether the long-term solution is nuclear, solar, wind, wave power or a combination of all these technologies, Saudi Arabia must be at the forefront in developing solutions for ourselves. This is why I authorised the establishment of the King Abdullah University of Science and Technology and other research initiatives.

But these are long-term programmes. They will not solve the pressing problem facing many of our young people – the curse of unemployment. Therefore, after consulting members of the Shoura Council and the Council of Ministers, I have decided to issue a Royal Decree announcing a number of measures designed to stimulate employment, reduce our reliance of foreign labour and move towards a knowledge-based economy.

The first and most important measure will be to divide the country into two areas with separate commercial and social policies. The cities of Jeddah, Rabigh, Yanbu, Dammam, Al-Khobar and Jubail, together with their surrounding areas, will be designated as International Zones. The remaining cities, including Riyadh, Makkah, Al-Madinah and Hail, as well as the rest of the Kingdom, will be designated as Heritage Zones.

The Western cities, and particularly Jeddah, have long been at the commercial heart of the Kingdom. The conurbation of the Eastern Province plays a vital role as the centre of our petrochemical industries. It is in these regions that we will be implementing new regulations to encourage trade and investment, employment and the free movement of labour. If the measures succeed, then we will consider implementing them in the Heritage Zones also. If they fail, then those who accuse us of being resistant to change will not be able to say that we were unwilling to consider new approaches.

The new measures in the International Zones will include free association between men and women in the workplace, in education and in public gatherings. Women will be permitted to drive. Women will be permitted to practice as lawyers and in all other professions open to men. The sponsorship system for foreign labour employed in these zones will be abolished. The incentives currently in effect in the Royal Commission cities of Yanbu and Jubail will be extended to all the cities in the International zones. Several government departments currently located in Riyadh will move to the International zones, but staff will not be guaranteed lifetime employment, and their working conditions will be similar to those in effect in the private sector.

The Heritage Zones are at the heart of our culture as Arabs and Muslims. Riyadh and Hail best exemplify the purest Arabian traditions of hospitality and observance of the customs of our ancestors. The Holy Cities have been entrusted to us by God, and we will cherish and preserve them as living monuments to our Islamic values. In these regions, life will continue much as it does today.

There will be no discrimination between the Zones in terms of the basic rights and entitlements of our people. But by these measures we recognise and cater for the differences of aspiration and social preference between one section of our society and another. Our policy of investing in business, education and research across all areas of the Kingdom will continue. It will be the choice of our citizens whether to live and work in either Zone.

Saudi Arabia cannot stand apart in the world. We recognise that not all of our neighbours share all of our customs and values. We have learned from their successes and failures. These measures make certain areas of our Kingdom more aligned to the commercial and social practices of our neighbours and trading partners, while preserving in the heartland the way of life practiced by previous generations. They open the way for Jeddah to become the third great commercial and financial centre of the Middle East, rivalling Dubai and Bahrain, but with the advantage of being the only centre in the West of our country. The Eastern Province can similarly develop to become the centre of excellence for engineering and petrochemical technology in the Arabian Gulf, capitalising on the experience and expertise of Saudi Aramco. By these changes in social regulation, we even open the door for the cities of the International Zone to host major sporting competitions such as the Olympic Games and the FIFA World Cup.

Other measures will include regulations requiring a rigorous examination of productivity both in the public and the private sector with adjustments to work permit allocations and labour laws based on the findings. Schemes to re-train Saudi nationals in mid-career into new and rewarding occupations. Anti-corruption legislation that imposes stiff penalties with no exceptions on those who abuse positions of trust for personal gain. The requirement that foreign companies operating in their own right or as joint ventures contribute either to a national research and development fund or invest in their own research and development in the Kingdom, with the rights to their inventions remaining in the Kingdom. Standardisation of procedures for granting business and visit visas common to all our embassies abroad. Investment in non-religious tourist attractions within the International Zones.  Extension of tourist visas into the International Zones for non-Muslims.

Finally, beloved brothers and sisters, we must reduce our reliance on foreign labour across all fronts. We have so many domestic staff that many of us have become lazy – we have lost the ability to look after our own lives without the assistance of paid labour. So we will be examining ways in which we can replace manual labour with technology, and reduce the use of domestic staff unless the employment of male and female members of a family unit makes it strictly necessary. And we must become used to the idea that working in the service sector, in hotels, restaurants and shops is not demeaning.

God did not give us our wealth of resources so that we could squander it on a life of comfort while others less fortunate toil around us. We must take our future into our own hands and put the wealth He bestowed upon us to good use for future generations.

None of these measures I am announcing compromise our basic Islamic values or our integrity as a united Muslim nation. But they give us a way forward that I am confident will revitalise our society and help our young people to live useful and productive lives. And it is in the young that our future rests.

Far-fetched? Maybe. Fraught with practical difficulties? Undoubtedly.  But a zoning policy would be a way to recognise and deal with the divisions in Saudi society, and give the people of the Kingdom the opportunity to find their own way in whichever space suits their personal preferences. I have many Saudi friends, and I want the best for them. Adel Fakieh, the new Minister of Labour, has indicated his openness to ideas on how to fix the Saudization dilemma. So this is my humble contribution to their debate!

4 Responses to A New Saudi Arabia: Thoughts For a Better Future