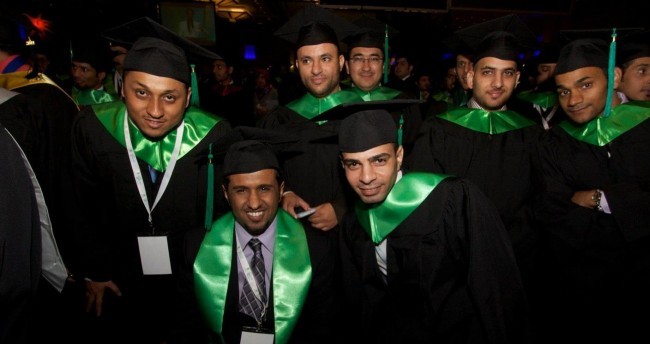 Arab News reports that young Saudis are opting out of the traditional job market and education paths to find their own ways. Increasingly, they’re opting to study Liberal Arts and turning to entrepreneurship rather than wait in line for government jobs. Technical schools are faring better and, at least for these students, offer a better chance of personal success.

Interestingly, photography has become a popular career choice. The ubiquitous cell phone cameras have ignited an interest and young Saudis are starting to take the profession seriously, even to the point of working as contract commercial photographers.

The shift toward Liberal Arts is interesting, too. I think it very important for Saudi Arabia as a nation and society as well as for individual Saudis to have a better grasps of the world. Learning that not everyone thinks like the typical Saudi is important to understanding other people, including other Saudis. This is not something that one learns in STEM classes.

That Saudi women are breaking out of the career channels into which they’ve traditionally been put is useful, too. While Saudis — including Saudi women — have had a strong entrepreneurial streak, the depressed job markets make it all the more important that they are taking the reins in their own hands and creating jobs instead of waiting for one to appear.

Students are increasingly opting for more vocational courses and professions that were previously deemed unpopular or unacademic.

Although students are still graduating in dated professions such as math, science, business or engineering, very few are able to find jobs in their chosen professions, so they look for alternative careers they are able to enter into.

As such, students are no longer choosing traditional degree courses such as medicine and engineering. Instead, they are opting for “softer” vocations such as hotel management, fashion design and photography.

Najwa Rahman, an education counselor, said, “The most popular careers lie in the liberal arts programs.”
…