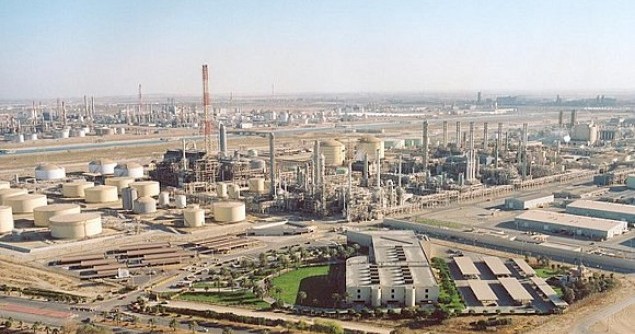 Too many elements of Saudi Arabia’s complex society are unable to come to terms with the idea of women working alongside men. As a result, a convoluted system of ‘separate-but-equal’ facilities has developed over the decades. Never mind the lack of efficiency this entails, or the additional costs it imposes, men and women just cannot be trusted to be in the same place without moral danger arising.

Saudi Gazette reports that the latest measure to continue (or even expand) the concept is being discussed. In addition to the ‘industrial cities’ the Saudi government has established around the country, there are now plans to create four industrial cities for women only. That means that only women would be working in whatever factories were contained within the walls – there will certainly be walls – of these large compounds. Some sort of interface will have to be developed to allow the products to be distributed outside the plants, of course, as women won’t be driving the delivery trucks due to another quirk in Saudi views on women.

As the history of ‘separate-but-equal’ in the United States demonstrated, the ‘separate’ part is the easy part. Maintaining equality is difficult. While Saudi culture exalts the place of women in the family, it does not do so in society at large. They are a population that must be protected, but also to be protected from. With high oil revenues, the country can continue the profligate spending necessary to maintain this system. Whether it can be maintained in the face of alternative energies developing or a drop in oil prices? That’s a good question.

RIYADH — The Ministry of Commerce and Industry is currently studying a proposal to set up four industrial cities in Riyadh exclusively for women.

The Riyadh Chamber of Commerce and Industry (RCCI) has conducted feasibility studies on the projects and submitted them to the ministry for final approval. The cities will be fully devoted to manufacturing consumer goods.

Saad Al-Mogil, chairman of the National Committee for Industries at the Saudi Council of Chambers and RCCI’s deputy chairman, said the four cities, to be located on western, eastern, southern and northern fringes of the capital city, would cover many industries.

He said by this step the chamber virtually intended to distribute huge industrial projects all over the city to offer comprehensive services to all residents of the city besides opening new avenues of employment for Saudi women.

Al-Mogil said the new industrial cities would be on a par with 26 existing industrial cities spread across the Kingdom. It is expected that the ministries of Commerce and Municipal and Rural
Affairs will work together to execute this vital project, he added.

Al-Mogil said the four industrial cities, to be run exclusively by businesswomen, would serve as a hub for women’s industries, such as readymade clothes, tailoring, confectionery, gold jewelry, assembly units for electronic appliances such as radio, television and computers