‘What’s That Smell?’: A Tale of Two Nakheel ‘Icons’ 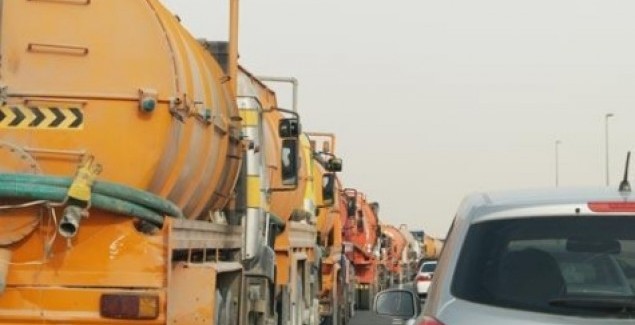 Blog posts are like taxis, I find. You sit around for ages waiting in the wilderness and then fifteen come all at once.

Among the many sources of amused inspiration today come two very different stories inspired by Dubai property developer Nakheel. The company is, by no means for th first time, embroiled in negative coverage of its iconic Palm devlopment, where tenants are yet again having facilities withdrawn from them by the developer because the owners of the properties haven’t paid service fees.

I did a ‘shiny’ post about this one before, but it seems insane to me that tenants should bear the brunt of the developer’s ire when they are clearly not to blame and in no position to influence owners. The police came along and told the developer’s people not to be silly and so calm was, at least, temporarily restored.

The kicker for me was Gulf News’ story about residents of International City (another Nakheel development) complaining about the smell from the Al Awir Sewage Works.

Hang on. You decided to move to a location that is quite clearly smack bang next to Dubai’s biggest poo farm, just downhill (and therefore downstream) from a ginormous great landfill and now you’re complaining that it’s smelly? The 25 year old plant manages over 300,000 cubic metres of waste a day. This is the place where, in the mad boom years, hundreds of tankers would queue up for kilometres to unload. There’s no mistaking it – it’s quite clearly a place that does what it says on the label.

The plant’s management has been working gamely to reduce the odour from the works and claims they have made a 98% reduction through various upgrades and odour-reducing technologies. And there’s little doubt they are to be warmly applauded for that effort.

One resident told GN, “The smell has reduced, but still it has not stopped. We hope that the authorities are able to stop it from all sources in this area and we are able to breathe fresh air.”

So there we have two sides to the coin. One bunch of residents being treated unfairly through no fault of their own. And one bunch whingeing about something they must surely have been aware of from the first moment they arrived in the area for a ‘look see’.

Incidentally, and apropos of not very much, I once lived near a place called Billing in Northamptonshire. A natural depression in the English Midlands means the average rainfall on Northampton is higher than elsewhere in the country. It can be a dreary, awful place in the Winter months. Billing was notable for two things. A very large sewage treatment plant and the Billing Aquadrome, which was a caravan park.

I always wondered how awful the place you lived in must be in order that you’d consider a caravan in a land-locked, rainy depression wafted with the constant, awful miasma from a shit farm  as a holiday destination. And then, one day, it hit me. They must all live in tropical paradises and Billing was their ‘change is good as a rest’…