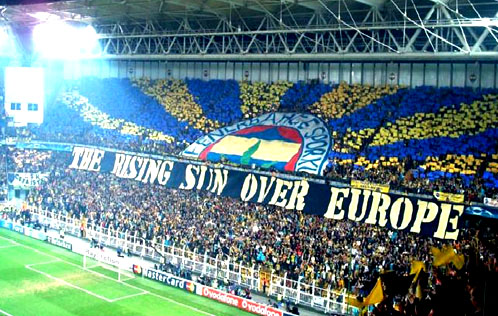 Reeling from a massive match-fixing scandal, Turkish soccer’s economic model mirrors that of the country’s economy:  debt-driven economics that in the case of Turkey is likely to spark a nose dive in economic growth but may increase the competitiveness of the country’s beautiful game.

At first glance, debt would seem to be Turkish soccer’s Achilles heel as it tries to recover from its worst match-fixing scandal that has led to the indictment of 93 suspects, including some of its most senior officials, whose trial is expected to open on February 14.

The political fallout of the scandal has already outlined the battle lines in Turkey’s ruling Justice and Development Party between President Abdullah Gul and Prime Minister Recep Tayyip Erdogan  in advance of elections in 2014. Mr. Erdogan in a bid to cater to soccer bosses and their corporate backers earlier this month drove against Mr. Gul’s will a controversial bill through parliament that substantially reduces penalties for match-fixing.

The Turkish Football Federation Federation (TFF) has decided in the wake of the new law to discuss in late January changing an article in its disciplinary code that mandates relegation of any club found guilty of match-fixing. Eight Turkish teams, including Fenerbahce, Trabzonspor and Besiktas, are under investigation and could be relegated if the article remains in force.

Mr. Erdogan is widely believed to want to succeed Mr. Gul as president when his third term as prime minister ends in 2014. Mr. Gul is said to be weighing his options, which include returning to active politics or accepting an international job, once he steps down from his largely ceremonial post. Critics charge that Mr. Erdogan is pushing for constitutional reform in the next two years as a way to shift power from the prime minister to the president in advance of his becoming Turkey’s head of state.

Mr. Erdogan’s chances of success ride to a significant degree on Turkey’s continued economic performance. Economists predict that economic growth in 2012 will drop from a stellar seven per cent to about three per cent as a result of its reliance on foreign capital and government-backed stimulus for growth, unorthodox monetary policy and widening current account deficit.

Turkey’s current account deficit has soared from 6 to 10 per cent of GDP while and inflation has risen to 10 per cent. Efforts by the central bank to address the fallout of Turkey’s rapid growth through counter-intuitive measures involving maintaining low interest rates while raising the reserve requirements for banks has failed to produce results.

Economists worry that Turkey’s imminent economic problems could result in a hard landing for its economy unless it moves quickly to streamline its monetary policy and starts focusing on reducing its macro-economic imbalances and particularly the current account deficit. Turkey got a taste of the risks it faces when this fall external funding tightened because of the global crisis and the country’s currency devalued more than had been predicted.

Turkish soccer faces the same risks as the country’s economy because it operates on the same principles, according to a sports research note issued by Renaissance Capital.

“Turkey’s declining success in football can be mapped to economics,” the note says according to the Financial Times.

Like the economy Turkish soccer “import almost all their best players from abroad, and export one or two good players every year” incurring high levels of debt to attract stars, the note said. It said clubs like Fenerbahce, Besiktas and Galatasaray operated as commercial companies that eschew competitiveness for profit, it said.

Renaissance Capital cautioned that buying expensive but old has-beens such as former Real Madrid stars Roberto Carlos and Gut boosts merchandising, but does not add real quality to the team. The focus on sales rather than soccer performance produces the ills many Turkish companies face:  complacency and reduced competitiveness.

The proof is in the pudding. Turkey’s top clubs have dominated the country’s soccer for decades but failed recently twice in a row to win the Turkish league or qualify for the UEFA Champions League. The poor performance of the three major Istanbul clubs mirrors a trend in Turkish economic development as growth shifts from the country’s economic capital to the Anatolian inland, according to Renaissance Capital.

Two of Turkey’s recently most successful teams, Bursapor and TrabzonSpor, hail from the former Ottoman capital of Bursa and Trabzon on the Black Sea. The finance house points out a further trend in line with the economy: Bursa and Trabzon boast trade surpluses while Istanbul accounts for 60 per cent of Turkey’s trade deficit.

The similarities between the economy and soccer are not absolute. In some way, Turkish soccer is more in line with its European counterparts than the economy is. Turkish soccer economics also mirror those of European clubs that operate on the basis of high debt levels to import rather than export talented players.

It is a model that in contrast to the Turkish clubs has often translated into performance for their European counterparts. One reason is that Turkish clubs have not seen the kind of influx of foreign investment, particularly from the Gulf, from which teams like Manchester City and Paris St. Germain have benefitted. Nonetheless, in contrast to the Turkish economy and most European clubs, Turkish soccer thanks to domestic demand is not facing problems in accessing funds.

The outlook for non-soccer Turkish companies is far bleaker. “Without an increase in competitiveness Turkey is trapped with manic depressive success,” Renaissance Capital said.

For Turkey – whether in terms of its economy or its soccer – to maintain or restore growth it will have to enhance competitiveness and become a more important player in exports.