Abu Dhabi’s rise as a knowledge based economy 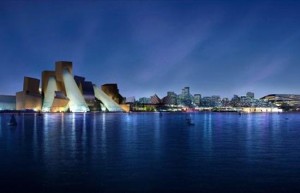 Even to the casual observer, the past few years have witnessed a seismic shift in Abu Dhabi’s efforts to create a knowledge-based economy.

There was the establishment of The National as a platform to report news in English to the nation and the wider world; the announcement of plans to build the Guggenheim, Louvre and other landmark museums considered to be global cultural centres; and the advent of education and research institutions such as Masdar City and the Masdar Institute, NYU Abu Dhabi, the Sorbonne, and INSEAD. These institutions were also met with an expansion of local educational entities such as Zayed University and the Higher Colleges of Technology.

However, Abu Dhabi’s desire to build a knowledge-based economy started decades earlier, when the late Sheikh Zayed decided to establish UAE University in 1976, the oldest higher learning establishment in the county. Six years earlier, Al Ittihad newspaper had also started, while my favourite knowledge hub, the Cultural Foundation, began in 1981 as the National Library.

Today, it houses over 400,000 books and holds numerous activities and events under the Abu Dhabi Authority for Culture and Heritage. For Abu Dhabi’s 2030 vision to succeed, it is imperative that these institutions compliment each other and the UAE community.

Last week, I had the good fortune of hearing a number of national and global experts speak about Abu Dhabi’s pursuit of innovation and knowledge to develop its economic vision. Knowledge and culture were identified back in 2005 by Sheikh Mohamed bin Zayed Al Nahyan, Crown Prince of Abu Dhabi, as strategic sectors of diversification for Abu Dhabi. I was very impressed with the fact that each national who spoke was well aware of the role that his or her department played in making Sheikh Mohammed’s ambitious goal a reality.

In order for this vision to be fully realised, it is important to create a network in which the above knowledge hubs interact and compliment each other rather than exist in isolation. This network should ideally be built in layers, connecting first the hubs in Abu Dhabi with each other, and then branching out across the country and into the wider Arab World, since much of the content being created is in Arabic and can thus have a regional impact.

With the great wealth of knowledge that Abu Dhabi creates comes great power, and with power comes great responsibility, as I always remind myself. What are Abu Dhabi’s responsibilities towards itself and towards others? We have already seen the UAE capital sharing this knowledge with the creation of National Geographic’s Abu Dhabi TV channel and the recent launch of National Geographic magazine in Arabic, which brings a wealth of knowledge and quality information to Arabic-only speakers.

Soon, TwoFour54, a media content creation community based in Abu Dhabi, will debut its CBeebies hit animation show Driver Dan’s Story Train in Arabic as well. This cartoon geared towards children – the most important element in any society – promotes tolerance as well as education. On the show, children read and are read to by their parents in a crisp, classical Arabic – a marked contrast from the screams and shouts we witness on TV today.

The ability to absorb high quality information and turn it into high quality content for a local, regional and global audience is a sign that this great responsibility is taken seriously. The successful creation of Abu Dhabi’s knowledge network must also include the private sector’s participation. The synergy that will result in the alignment of public and private stakeholders could generate a momentum that would propel Abu Dhabi not only towards its Vision 2030 goals but perhaps even exceed them.

But how would such a network operate? The leaders of these various knowledge hubs must familiarise themselves with each other, along with the heads of universities and even high schools. They could do so by meeting periodically to share expertise and ideas and keep each other updated on future plans. In this way, students in Abu Dhabi will be able to study in world-class universities, undertake internships in world-class institutions and perhaps carry out research in Abu Dhabi’s strategic industries.

Secondly, these knowledge hubs must launch community outreach programmes to make sure that their benefits reach a wider audience, while also amassing a coalition of stakeholders who are keen on building a knowledge-based future. NYU Abu Dhabi has already launched a successful free public lecture series that feature top professors. By reaching out to others, Abu Dhabi’s knowledge hubs can function as musical instruments that, when played together, create the effect of a harmonious symphony.