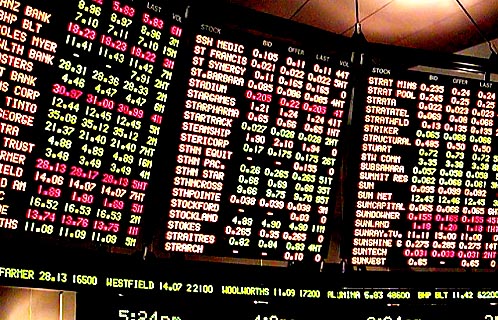 I am an expert in investor relations.At least I was an expert several decades ago, when my bank used regularly to invest in me as an impoverished student. I would go cap in hand to the bank manager (remember them?) and beg for a temporary overdraft of £20. I would listen reverently while Mr Thompson ticked me off about my profligacy and gave me a long lesson on his favourite subject – the technology of funicular railways.

What I always thought was my charm – but Mr Thompson probably saw as abject grovelling –  would prevail, and I would walk out with the means to go partying that weekend. On the Monday, I would contact my other investor, the Bank of Mum and Dad – well Dad actually, since he was a softer touch – and negotiate a bail-out.

I thought of those happy days this morning while attending the Arindon Annual Capital Markets and Investor Relations Conference in Bahrain. It was an interesting event, and full marks to Arindon for ploughing ahead with it despite concerns over attendance given the current unrest in the country.

As things turned out, although one or two people pulled out, they ended up being oversubscribed, and described it as their best event ever.

The format was a refreshing change. Panel discussions, rather than long presentations from masters of the universe.

A major part of the conference centred on the complexities of managing risk and the approach to investment in the MENA region. Panellists included representatives from the Bahrain Central Bank, the sovereign wealth fund, the Bahrain Bourse, Fitch, the credit rating agency, investment banks and corporates, including the joint sponsor, Batelco.

The initial session dealt with the outlook for the region in the light of the current political turmoil. Unsurprisingly, the sentiment was downbeat. Optimism in the final quarter of last year has given way to relative gloom about the near term future.

I ended up thinking about my old bank manager because impressive as many of the panellists were – and few were more impressive than Hasnain Malik, the MENA head of equity research at Citi – I felt that I had listened to a team of very able technocrats. It was only when we got to the session on investor relations that the human element came into play.

I have some experience of pitching for investment and selling companies, and it has always struck me that the finance industry, when making investment or M&A decisions, has a tendency not to be able to see the human wood for the technical trees.  When making decisions, most financiers will look at historical and comparative data, and will apply all manner of sophisticated forecasting models to determine the wisdom of their potential investments.

But companies are not machines. They are staffed and led by people. Too often, financiers ignore the blindingly obvious questions. Who is this person or team in whom I am going to invest? To hell with their track record, what are they capable of today and tomorrow? Can they buck the trend? Can they make the difference in the future? Can they handle crises? Do they work well as a team? What are their strengths and weaknesses? What are their current motivations? All questions that you would ask if you were recruiting a new CEO or top team.

Yet so often investors allow themselves to be schmoozed by the likes of Jeff Skilling and Ken Lay of Enron, blinded by the rock solid integrity of Bernard Madoff and swamped by technical data that they do not understand – witness the sub-prime instruments that in 2008 brought down eminent investment banks and caused so much embarrassment to the credit ratings agencies. Of what use are your technocrats if they can’t see a fraudster staring them in the face?

It seems to me that, more than ever, we need to focus on the humans that run our businesses. Can an investor predict with any certainty that a five-year forecast has any chance of coming to pass if they have no idea who will be running Libya within the next seven days? Or whether the China bubble will burst and the ruined middle classes will drag the workers on to the streets of Beijing?

It was only in the last session that we started looking at the human element of investor relations. The need for a confident CEO with media training and strong presentation skills. The opportunities to communicate with investors outside the conventional communications vehicles – strong websites, CEO’s blogs, Facebook and Twitter.

If there was a point that could have come out a little more strongly, it was that for large companies, especially multinationals, the world is their investor. So it’s not enough for the CEO to have the occasional cosy chat with a handful of institutional investors. Companies should view investor relations as an integral part of their overall communications strategy, not as an office down the corridor. What’s good for the brand and the stakeholders is usually good for the investors.

They should also consider the role of the staff. From the janitor upwards, staff need to understand that the investor is investing in them, not just the shareholders. That their careers and job security depend on their exemplifying in their behaviour and attitudes what is good about their companies.

And boards should impress on their executive teams that they will never get the best out of their staff if they cannot personally demonstrate the standards of behaviour that they expect from their people.

For all the sophisticated techniques that investors have at their disposal, they should never forget that the future of their investments is in the hands of human beings. We can send machines to the moon, but when things go wrong, it’s human qualities that save the day, as NASA demonstrated when Apollo 13 came home.

And a dose of common sense from the likes of my old bank manager Mr Thompson wouldn’t go amiss either. After all, we do live in the real world.