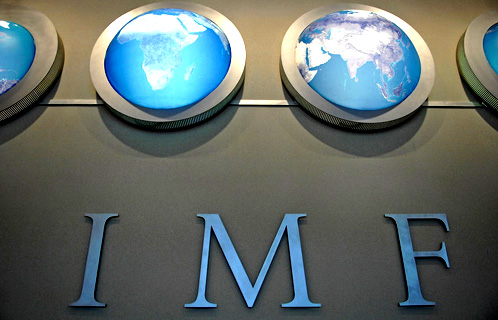 Dominique Strauss-Kahn’s alleged sexual escapades may have no immediate effect on the International Monetary Fund’s operations, but has turned the fund into the latest battleground for enhanced emerging market influence in international institutions.

The Morocco-born Mr. Strauss-Kahn’s days as head of the IMF were numbered even before his weekend arrest on charges of sexually assaulting a hotel maid. The former French finance minister was planning to step down later this year to challenge President Nicolas Sarkozy in the next French presidential election.

His arrest is, however, certain to hasten his departure and has sent Europeans scrambling to hold onto a position that traditionally is a European preserve and of crucial importance as the European Union struggles to resolve its debt crisis.

The battle for his succession has boosted emerging market demands that the heads of major international institutions be chosen on the basis of merit than on basis of fading traditional power structures.

Recent power shifts within the IMF under Mr. Strauss-Kahn’s guidance and potential cracks in the West with Canadians and Americans possibly breaking ranks to support a candidate from an emerging market nation have fuelled European concern that Europe may lose control of the financial institution.

North American support for an emerging market candidate would bury an informal agreement since the 1944 founding of the Bretton Woods institutions that dictated that the World Bank is led by an American while Europe provides the head of the IMF.

“I would argue that, all other things being equal, it would be very nice to have someone who has at least deep roots in, if not necessarily a current representative of, one of the major emerging-market countries,” said former Bank of Canada governor David Dodge.

Under Mr. Strauss-Kahn’s stewardship, China has become the IMF’s third most important voting power while India, Russia and Brazil have seen their influence significantly increase. China could well believe that Mr. Strauss-Kahn’s expected departure constitutes an opportunity to flex its newly found muscle built on significant contributions to the IMF by pushing for an emerging market candidate.

The battle for Mr. Strauss-Kahn’s succession mirrors similar struggles in other major international institutions like FIFA, the world soccer body, which is holding presidential elections at the end of this month.

Asians, including West Asians or Middle Easterners, are among leading emerging market candidates challenging European dominance of both institutions. Asian Football Confederation (AFC) president Mohamed Bin Hammam, a Qatari national, is hoping to defeat the three-time, imperious Swiss FIFA incumbent, Sepp Blatter. Mr. Blatter may not stand accused of sexual wrongdoing but leads a powerful executive committee in which one third of its members are suspected of corruption and improper behavior.

European leaders fear that a new head of the IMF who hails from an emerging market country may prove to be less sympathetic to European needs at a time of need. The IMF under the leadership of Mr. Strauss-Kahn played a significant role in the bailouts of Portugal, Greece and Ireland.

Mr. Strauss-Kahn was on his way to a EU finance ministers’ meeting in Brussels to approve a $110 billion package for Portugal when he was detained aboard an Air France airliner at New York’s John F. Kennedy airport.

The IMF moved quickly to alleviate concerns about Mr. Strauss-Kahn’s involuntary absence by appointing his deputy, John Lipsky, a US national, as acting managing director.

European leaders afraid that he too may be less sensitive to European needs, are counting on the fact that Mr. Lipsky only last week announced that he would step down in August when his terms expires.

The pending vacuum at the top of the IMF is grist for the rumor mills that have been grinding overtime in recent days.

The leading name in the power parlors of Washington is that of Kemal Dervish, who served in the past as Turkish Finance Minister, vice president of World Bank and head of the United Nations Development Programme (UNDP), and who now heads an economic program at Washington’s Brookings Institution.

Mr. Dervish would be the logical compromise candidate. Besides having international financial experience, Mr. Dervish hails from a nation that bridges Europe and Asia and is a candidate for EU membership. He is a figure with strong ties to Washington and European capitals as well as emerging nations.

Mr. Dervish’s appointment as Mr. Strauss-Kahn’s successor would kill two birds with one stone. It would elegantly transition the appointment of the IMF leader from a nationality to a merit-based nomination and it would strengthen Turkey’s argument that it is as much a European nation as it is an Asian one. That may be a difficult but healthy pill to swallow for German Chancellor Angela Merkel who this week insisted that a European succeed Mr. Strauss-Kahn and who is opposed to Turkish EU membership. Mr. Dervish’s candidacy could force Ms. Merkel as well as Mr. Sarkozy to indicate whether they see Turks as Europeans.

Mr. Strauss-Kahn, irrespective of who succeeds him, is likely to be remembered primarily for his predatory inclinations. His sexual escapades, however, may well also make history by having been the catalyst for a key milestone in the rebalancing of global power in one of the world’s most important financial institutions.

This article was originally published as a special to Al Arabiya.