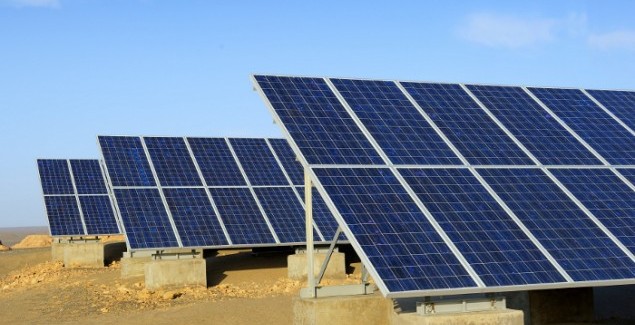 Writing in Saudi Gazette, Khadijah Bawazeer offers her qualms about Saudi Arabia’s moves toward nuclear energy. While Saudi demand for energy, particularly electricity, is unmatched in the world, she’s hoping that solar energy might come to the rescue and nuclear power plants be avoided.

Saudi Arabia’s potential for solar power is also unmatched, with some areas showing an insolation of up to 7,000 Watts [9-pg PDF] per square meter. There are several problems, though. The primary one is storing energy collected until it is needed. Battery technology is still lagging behind other aspects of solar power. It’s not as though you stick a solar collector in the ground like a lollipop and suddenly have available electricity. It needs to be transmitted, too. Areas best suited for solar collection aren’t necessarily near the areas where the electricity produced is most needed.

By all means, Saudi Arabia should continue its development of its solar potential. But it cannot devote all its efforts there. It needs to look at nuclear power, no matter the potential problems. A handful of nuclear disasters over the past 50 years should not serve to halt planning.

Like all other countries, Saudi Arabia is working toward diversifying its energy resources. One of the popular areas of development is nuclear power. However, we have to weigh the risks carefully before we plunge into something risky while we are naturally given other resources in abundance.

After the disaster of Fukushima, Japan is backing down on nuclear energy as are some European countries under the pressure of popular demand to stop the building of new nuclear plants and to dismantle existing ones. In the current unexpected eruption of volcanoes, earthquakes and hurricanes, a completely safe nuclear power plant can become hazardous. Consequently, people demand a move toward cleaner, safer power.

Furthermore, we have learned from Fukushima and Chernobyl that the radiation from nuclear plants can spread very far within a single country or to other countries as well. In both cases, the wind took nuclear radiation thousands of miles away across land and water.

One Response to Solar Power? Not Enough for Saudi Arabia