So what does ‘Fair Trade’ mean for Muslims? 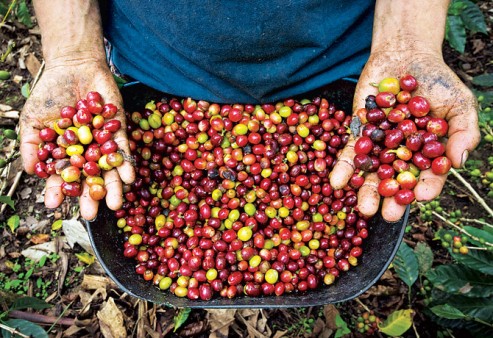 What are the congruences between Islamic business ethics and the Fair Trade principles?

With one-fifth of the world’s total population identifying themselves as Muslim1, and with the consideration that they are active participants in world markets, it is imperative to include the Muslim community in business affairs and look for ways to reach out to them. By looking into the similarities between Islam and Fair Trade, there are many ways the two can cooperate with one another to ensure success in business ventures for all parties involved. By making fair trade opportunities relevant to the Muslim community, it is also essential to encourage them to take a bigger part in these opportunities as they are in line with the Islamic belief system and further facilitates their goal of helping humanity.

The Roots of Fair Trade and Islam

For the purposes of this article, the definition used for fair trade will be:

“Fair Trade is a trading partnership, based on dialogue, transparency and respect that seeks greater equity in international trade. It contributes to sustainable development by offering better trading conditions to, and securing the rights of, marginalized producers and workers – especially in the South. Fair Trade Organisations [sic], backed by consumers, are actively engaged in supporting producers, awareness raising and in campaigning for changes in the rules and practice of conventional international trade.” (Khan & Thaut, 2008)

The roots of Fair Trade can be traced back to churches in North America and Europe since the late 1940s. The goal was to provide relief to refugees and other poverty stricken communities by selling their handicrafts to Northern markets. Producers in the developing world were offered high returns through direct trade and fair prices. In the United States, Alternative Trade Organizations (ATOs) have followed this model with Fair Trade handicrafts, and an Equal Exchange was formed in 1986 to import Fair Trade coffee to the US market.2

Islam lays the groundwork for all aspects of a Muslim’s life. The compilation of revelations used for this can be found in the Qur’an. In practicing the religion, the Qur’an is supplemented through the reported authentic words (Hadith) and actions (Sunnah) of the Prophet Muhammad  (peace be upon him) and by the Shari`ah (Islamic system of law). Shari`ah, which takes its roots from the Qur’an, considers “details of required duties and outlines all types of human interactions. It essentially constitutes what elsewhere would be considered criminal, personal and commercial law.”3

The range covered in these sources extends from the highly spiritual to material matters, including business. Islam not only considers business to be an acceptable pursuit, but also a dignified activity. Before becoming a Prophet, Muhammad himself was a merchant in Mecca. Khadijah, a rich businesswoman in the region during the time, was married to Muhammad, thus signifying the importance of the pursuit of business in Islam.4

Central to Islam is the emphasis of just interactions – “Deal not unjustly, and you shall not be dealt with unjustly” (Qur’an, 2:279), and “God loves those who are fair and just” (Qur’an, 49:9). While individuals face problems having to do with ethical issues in the realm of business, Islam requires that Muslims act in a way that will ensure socio-economic justice at all times. Throughout the Qur’an there are verses echoing this sentiment: “And give full measure when you measure, and weigh with a balance that is straight” (Qur’an, 17:35); “Do not withhold from the people the things that are their due and do not commit mischief in the land, causing corruption” (Qur’an, 11:85).

Indeed, Islam discourages all sorts of prejudices, oppression and discrimination. Prophet Muhammad’s last sermon is a living legacy where he declared “all mankind is from Adam and Eve, no Arab has any superiority over a non-Arab; no dark person has a superiority over a white person and no white over a dark person. The criterion of honor in the sight of God is righteousness and honest living.”5 This is important when considering the societal interactions between people.

According to the Prophet of Islam, “the best earnings are from a blessed sale and the product of a man’s own hands.” A sale would not be considered to be a “blessed one” if it has an element of deception or cheating of any sort in it; the character of a Muslim trader must be upheld at all times.

For Muslims, although business ventures are highly regarded, pursuing them in a haste manner is not. In fact, Islam encourages individual initiative, drive, efficiency, and enterprising attitudes along with a right to make profits and own private properties; it condemns greed, unscrupulousness and an attitude of disregard for the rights and needs of others. An excessive accumulation of wealth should not be the ultimate objective for a Muslim.6

By giving farmers and farm workers direct access to international markets, and the tools and resources they need to succeed and thrive, Fair Trade makes sustainable local development possible. Fair Trade has empowered farmers to earn significantly higher incomes, and to build health, education and women’s programs that benefit an estimated of five million people worldwide. Fair trade extends a hand to the inhabitants of developing nations. While it is not a charity, it gives a needed boost in areas where the global economy has failed.

Fair Trade Certification empowers farmers and farm workers to lift themselves out of poverty by investing in their farms and communities, protecting the environment, and developing the business skills necessary to compete in the global marketplace.7 This model serves as an alternative to the system of capitalistic trade where barriers are created to maintain the status quo. Fair Trade gives opportunities to farmers that would otherwise not be able to enter global markets.

In order to understand the similarities between Islam and Fair Trade, contrasting the principles between the two instead will serve as the best framework. Along with the principles selected, there will be a corresponding Qur’anic verse or Islamic teaching addressing the concern.

IFAT (International Fair Trade Association) prescribes the standards that Fair Trade organizations must follow in their day-to-day work.8 The first principle requires transparency and accountability; as highlighted above, “And give full measure when you measure, and weigh with a balance that is straight” (Qur’an, 17:35). This shows the importance of not being deceptive in your dealings which includes a level of transparency. Second are the principles requiring the promotion of fair trade and payment of a fair price; in the Qur’an we find, “And we task not any person except according to his capacity, and with us is a record which speaks the truth, and they will not be wronged” (Qur’an, 23:62). This stresses that authority and responsibility must both be present to result in a fair deal for everybody, buyers and sellers alike. The next principle promotes gender equity; the Prophet of Islam married a rich businesswoman, lending proof that in Islam it is both accepted and encouraged for women to take part in the pursuit of business. Another proof is that there is also no distinction made in Islam between men and women with regards to the rights of life, liberty, ownership, dignity, and of education.9 Another principle encourages bettering environmental practices and the application of responsible methods of production; similarly, Islam has detestation for conspicuous consumption. No one is authorized to destroy or waste God-given resources. This also addresses the principle concerned with: the social, economic and environmental well-being of marginalized small producers and does not maximize profit at their expense.10 Islam requires an attitude where fellow humans are to be taken as brothers and sisters. This furthers the notion that one’s advancement at the expense of his or her brother or sister is unacceptable within the teachings of Islam.

What does this mean for Muslims?

It is evident through examination of several Islamic principles that the ideology of Islam is, in fact, congruent with that of the Fair Trade model for business. Muslims are encouraged to participate in markets with a consciousness of God in mind; they are required to be just and help their brothers and sisters provide for themselves. While the principles of Fair Trade include transparent management and relations that aim to promote fairness and respect between trading partners, Islam holds these as well and within the context of the Fair Trade model Muslims can help to expand this into even more markets than the ones currently available.11 Fair Trade allows farmers in developing nations to enter into markets and raise their standard of living through fair opportunities which are fully compatible with Islam, thus affirming the congruency of both

Suzan El-Ajou is a guest contributor on SuhaibWebb.com, a site dedicated to enhancing the spiritual and religious development of Muslims through sound, balanced & moderate Islamic teachings.

2 Responses to So what does ‘Fair Trade’ mean for Muslims?