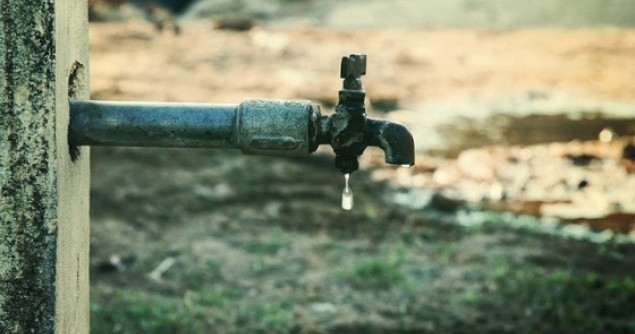 In addition to being among the top consumers of electric power in the world, Saudi Arabia tops the list in its use of water. The electricity problems can be addressed by building new power plants and finding new sources of energy. The Saudis are already working on massive solar power-generating plants and starting the process to build nuclear power plants. Water, though, is a tougher nut to crack.

Already, 70% of Saudi drinking water comes through desalination plants that convert the sea water of the Red Sea and the Gulf into potable water. But producing that water takes immense amounts of energy, too. Saudi Gazette reports that the Saudis are consuming 91% more water than the world average. We know that the Saudis aren’t drinking that surplus amount, even if desert climates call for higher consumption. Instead, much – too much – of that water is being wasted. Part of the cause is simply profligate use abetted by the subsidized, low cost of water to consumers. Big parts, too, are inefficient distribution, leaking pipes, and inappropriate economic sectors – largely agricultural – that see large amounts of water simply evaporate into the air.

Using four times the world average in energy, per capita, puts enormous strains on both the Saudi energy sectors (both electricity and petroleum) and the Saudi economy. There are projections stating that if energy consumption and oil production remain on their current trajectories, Saudi Arabia may not be able to export any oil as early as sometime in the 2030s. All petroleum produced would be needed to meet domestic demands and Saudi Arabia would need to import oil. As oil, in one form or another, is the Kingdom’s principal export, this does not bode well for the country’s future.

RIYADH — Per capita water consumption in Saudi Arabia is 91 percent higher than the international average, according to a new report by the country’s Saline Water Conversion Corporation (SWCC).

Saudi Arabia is the world’s largest producer of desalinated water, accounting for at least 17 percent of the total world output.

The Kingdom has invested nearly $25 billion in the last 80 years developing the technology for desalination, and in building and operating desalination plants.

Currently, there are 30 desalination plants in the country, 27 of which supply drinking water to the principal urban centers and industrial locations via a network more than 5,000km of pipelines.

In addition, about 70 percent of the total volume of drinking water consumption in the Kingdom is supplied through desalination technology.