Saudi’s Stark Employment Imbalance: For Every One Saudi, 15 Expatriates Hired 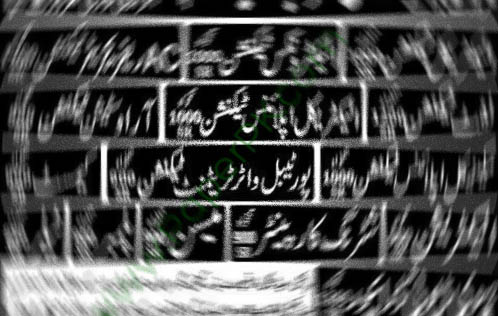 Saudi Gazette reports that for every Saudi finding a job last year, nearly 15 foreign workers were hired – 14.59, to be exact.

Now, on the whole, there’s a certain apples-oranges comparison going on here. Many, if not most of the jobs the foreign workers were hired to do are jobs that Saudis don’t particularly want to do themselves: construction, street cleaning, ditch digging, agriculture. Both working conditions in those jobs and the salaries they pay don’t match up with the expectations of even high school graduates.
Some of that mismatch of expectations, though, can be changed. Those jobs are all critical to society; they are all honest jobs. They lack ‘status’, however. They’re not jobs likely to sway a potential bride or her family. Taking some of the jobs would even be seen as a challenge to family honor. Changing opinions about the status of jobs is not an easy task. It’s definitely not something a government program will fix overnight. Instead, it’s going to take time and a multifaceted suite of programs to effect a change.

Saudi Arabia has been able to insulate its youth from low status jobs because of its ability to hire cheap labor abroad. That labor is growing increasingly expensive, though, as source countries develop and raise salaries. There’re also pressures within the Kingdom to improve workers’ conditions and salaries that make them more expensive. And of course, there’s the high level of unemployment among Saudis.

I think the point of the article is to put out stark figures in order to focus society’s attention on just how dependent they are on foreign workers and how out of balance employment is.

JEDDAH/DAMMAM — A Ministry of Labor report on hiring citizens and recruiting expatriates shows that 116,481 citizens were employed while 1.7 million expatriates were recruited in the fiscal year 2009-10. The expatriates included 1.1 million individuals recruited for the private sector, 565,000 to work as housemaids and 68,000 to work for the public sector, the report pointed out.

Of course, even non-skilled or semi-skilled labor requires some level of skill. You can’t just grab someone off the street and put them to work. Technical and vocational education are intended to fill the gap and the Saudi government does offer that level of education.

Arab News reports that there aren’t enough schools providing that training, though. Only 28% of applicants can find a place in the various vocational schools. So, the government is investing SR 2 billion (US $533 million) in 22 new vocational training projects. The projects include programs for women in all provinces of the country. I’m a bit surprised to see pilot training included as I’m not sure there’s that big a demand for pilots in the country. But the job does carry some status, if, that is, a job results from the training.

RIYADH: The Technical and Vocational Training Corporation (TVTC) plans to launch SR2 billion worth of projects including a civil aviation academy in Jeddah in 2012. “TVTC projects include the establishment of institutes for training especially in strategically significant fields such as an academy for civil aviation in Jeddah, completion of an institute of aircraft maintenance in Riyadh and an institute for petroleum technologies in Al-Khafji in the Eastern Province,” TVTC Gov. Ali Al-Ghafis said in a statement on Saturday.

The projects also include higher technical institutes for women in all provinces.

2 Responses to Saudi’s Stark Employment Imbalance: For Every One Saudi, 15 Expatriates Hired