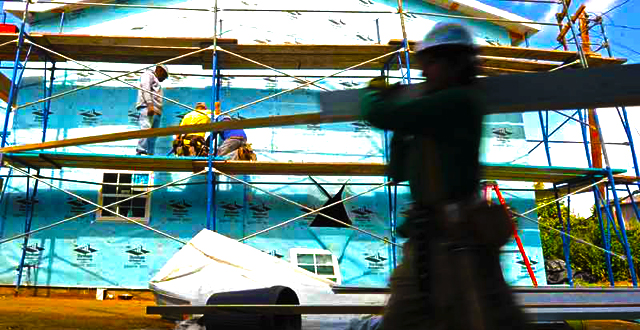 Under the current laws of Saudi Arabia, an individual or company wishing to hire a foreign worker recruits that worker, usually through a recruitment agency. It then sets its own rules, often through contract, about the terms of work, conditions, and responsibilities.

The result is a mess of rules so complicated that no one really knows what’s going on.

For instance, employers are not permitted by law to hold onto their employees passports, yet many do because they feel it offers them some sort of insurance against employee misbehavior. Employers, at present, make many decisions about how, where, or if their employees travel, both within and outside the country. They also decide whether they’ll sponsor a worker’s family.

This is going to change, Arab News reports.

The Ministry of Labor has finished its study of sponsorship procedures and is about to do away with individual sponsorship.

In the future, all foreign workers will be recruited, hired, and managed by a handful of companies. These companies will handle all the procedures concerning foreign workers, mostly through uniform contracts.

Interestingly, the new procedures will include an insurance component to provide financial coverage of both employer and employee conduct. How much the cost of insurance will add to the cost of foreign workers is not discussed.

It’s interesting, too, that the National Society for Human Rights (NSHR) will be on the board of governors for the new employment companies.

The Labor Ministry has completed a study on prospects of canceling the individual kafala (sponsorship) system replacing it with recruitment companies. The move may lead to the nullification of sponsorship system all together at a later stage.

The study, which took five years to complete, included the rules and regulations for the new recruitment companies. “The study will be presented to the Council of Ministers shortly for approval,” an informed source told Arab News.

The study proposed the formation of a commission under the Labor Ministry to look into foreign labor issues and put end to the traditional sponsorship system. The commission will be based in Riyadh and will have branches in major cities.

The study advised the government not to hold passports of foreign workers and cancel the condition of obtaining sponsor’s approval for a worker to bring his family to the Kingdom.

According to the new system, an employer would not be responsible for the wrong actions of a foreign worker outside his work. “The new system is designed to protect the rights of both foreign workers and employers,” the source said.