Saudi Oil: It’s a World, not just an American, Concern 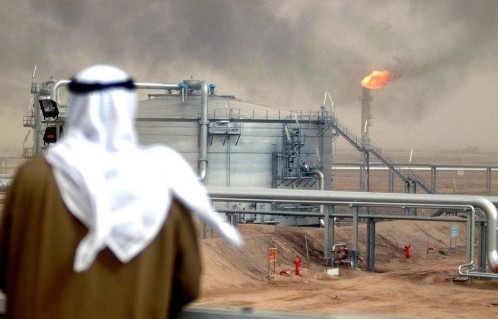 “The Associated Press is reporting on the talks to be held by US Secretary of Defense Robert Gates and Saudi King Abdullah. The talks are multi-faceted, covering issues from political reform to dealing with Iran. I take exception to the statement in the piece that the talks are complicated by ‘the added dimension of American dependence on Saudi oil.’

In any event, Secretary Gates will be carrying several messages from Pres. Obama. One will certainly be about speeding the pace of reform in the Kingdom. Another will be to ask for clarification of Saudi Arabia’s role in Bahrain. Oil production and consequent oil prices—not starting to bite in the US economy—will assuredly be among the topics. And of course, Iran.

Iran is itself a multi-faceted concern, from its role in Bahrain and the Gulf States, its continued efforts toward presumed nuclear armament, and yes, oil production. While the US doesn’t import any oil from Iran, other countries do and together they comprise an important part of the global oil market. Iran is, as it has always been, hawkish on oil prices. It needs the highest possible prices for its own economic survival.

The Kingdom, though, does not and is content with prices considerably lower than current prices. Saudi Arabia, as a global investor, is also concerned that high oil prices not cut the legs out from under global economic recovery. Even though higher prices would go into the Saudi treasury, faltering global economies would be taking that money right out again.

Defense Secretary Robert Gates arrived in the Saudi capital Wednesday for talks with King Abdullah on coping with the political upheaval sweeping the Arab world, blunting Iranian efforts to exploit the unrest, and upgrading the kingdom’s defenses against Iranian missiles.

In a sign of the depth of the Obama administration’s concern about the political earthquake that has shaken the region, including the island of Bahrain off Saudi Arabia’s Persian Gulf coast, this was Gates’ third trip to the area in the past month.

He has echoed Secretary of State Hillary Rodham Clinton’s cautioning of authoritarian Arab governments on the risks of moving too slowly in response to peaceful protests for political freedom. U.S. relations with the Saudi ruling family have been strained for months, dating to the uprising in Egypt and President Barack Obama’s call for long-time U.S. ally Hosni Mubarak to give up his presidency.

Saudi leaders saw this as the U.S. abandoning a reliable friend with close military and diplomatic ties stretching over decades — not unlike the U.S.-Saudi alliance, which has the added dimension of American dependence on Saudi oil.”