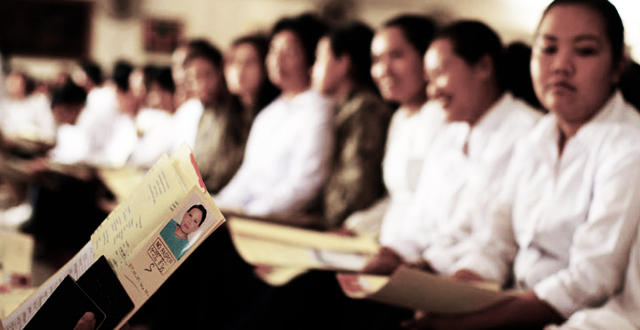 Both Saudi Gazette and Arab News report on a release from the Saudi Press Agency (SPA) that says the bans on importing workers from Indonesia and the Philippines continue. Workers from these countries are highly sought after as domestic workers.

Saudi Arabia’s Ministry of Labor finds the demands made by those governments over the pay and work conditions their citizens will receive ‘illogical’. They’re ‘illogical’ only from the point of view of an employer who wishes to pay the least amount possible and offer unknown working conditions. The two foreign governments have set minimum pay levels above what Saudi Arabia believes reasonable. Further, they demand information about would-be employers. That information, including things like the numbers and names of family members where a domestic employee is to be places – along with photos, please – is considered far too intrusive by Saudis.

So, the governments of Indonesia and Philippines has made a choice to protect its citizens from the kinds of abuse widely reported in the media and to forgo the remittances those putative employees might have sent back, helping their families and the national economy. All in the name of worker rights.

The Saudi government’s response is to go look elsewhere in the world for workers who don’t demand things like minimum wages and working conditions. That pool will narrow over time, however. Further, it prevents Saudi citizens from making their own choices about whether to accommodate the nations’ demands. Even if they were willing to pay the higher salaries and take the measures to assure the workers safety and comfort, the government says, no.

Ban still on domestic workers from Indonesia and Philippines: MoL

RIYADH – The Ministry of Labor says the Kingdom’s ban is still in place on domestic workers from Indonesia and Philippines because of the two countries’ “illogical” and costly recruitment demands.

The ministry said it has failed to reach agreement with the two countries. Labor officials have already visited other countries to recruit domestic workers.
…

Both papers’ articles continue with the announcement of new regulations on the granting of worker visas for small herders and farmers. At the low end, that is herders with 50 camels or 150 sheep or cows, or farmers with land no greater than 20 dunum (2 acres, 0.8 hectare), can apply for a single foreign worker visa. Startlingly, the would-be ‘importer’ need not provide any proof that he can pay a salary or has money in the bank. Such proof is required of those seeking larger numbers of visas.