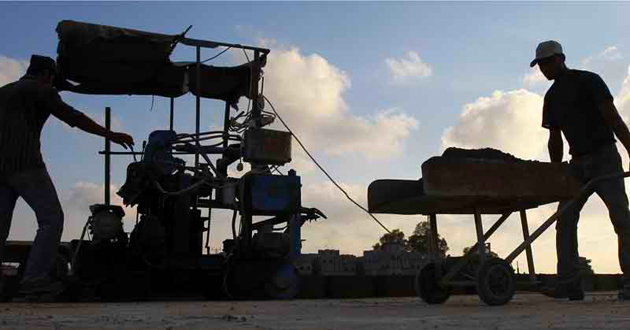 It seems that the government of Saudi Arabia is intent on reducing both the number of expat workers in the Kingdom as well as making living conditions just a bit less appealing to them. Arab News has several articles today that should inform foreign workers that the present is far different from the past.

First off, in the near future foreign workers will be required to pass an exam on their professional skills. Documentation from their home countries will no longer be accepted as proof of competence; they will have to prove it through testing in Saudi Arabia.

The Ministry of Labor will issue work permits to foreigners on the basis of their performance in the professional skills tests to be conducted by authorities in due course, according to a senior government official.

The workers need not submit any academic or technical certificates showing their qualifications and experience prior to sitting the test, according to Saad Al-Shayeb, director of the Department for Professional Skills Testing at the state-owned Technical and Vocational Training Corporation (TVTC)…

Saudis like contests like raffles and drawings. Just about anything, from cash to cars to apartments are given out as prizes. It’s the last of these that presents a problem, though. While foreigners can now own property in Saudi Arabia, they must obtain prior permission to do so. Drawings that award apartments, though, create a loophole in the regulations. An expat could enter a contest and win a property without getting official permission. Not anymore…

Non-Saudis not eligible to own properties won as prizes

Expats (and their money) drew the attention of the Shoura Council as well. In discussions about Small & Medium Enterprises, the Council wants to exclude foreigners from owning businesses or even investing in them.