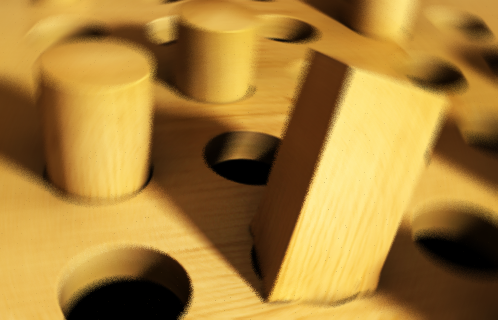 Saudi Arabia spends a fortune on Western know-how to try to transform the way it does business, both in the public and in the private sector. The country has long been a prime market for consultancies. And this is especially the case today, with all the current soul-searching about the pressing issues of the day:  Saudization, unemployment, energy, social issues like drug abuse, security, and above all the challenge of moving towards a knowledge-based economy. Most of the major international consultancies have a presence in the Kingdom – McKinsey, KPMG, Booz and Co, Ernst and Young and PWC to name a few.

Many of these companies are highly reputable and do good work. But some Saudis I talk to comment that the big consultants bring in their senior people to pitch for the business, and then deploy the junior, less experienced people to do the work.  Whether or not this is fair comment, I do sometimes wonder whether the Kingdom gets long-term value for money from the consultancy delivered both the public and private sector.

My experience in Saudi Arabia tells me that consultancies often deploy out-of-the-box methodologies developed in New York and London, and try to make them fit in an environment for which they may not be suited.

Let’s take the notional example of a company that wants to set up a corporate learning and development centre. They bring in a team of Western consultants, and within a year they have launched a shiny new learning centre. It has the enthusiastic backing of the company’s senior management, and for a while receives rave reviews for what it is achieving.

A few years on, the centre is becoming a back-water. The consultants have long gone. The management team is cautious and reactive. So much so that the company is about to launch a parallel organisation which will progressively strip the original centre of its role and responsibilities. It will be left to wither on the vine.  In the West, such an organisation would be shut down, and its staff would be made redundant or reassigned.

But that is not the Saudi way. Across the landscape you can see examples of failing organisations being allowed to wend their way to oblivion, while new organisations are set up in the same space. This is one of the reasons why so many sectors are riddled with organisations that have overlapping functions. Little empires, some on the rise, some on the wane.

Why, you might ask, are these organisations not integrated, rationalised, restructured, as they would be in the West? For many reasons. Saudization, which discourages any initiative that reduces the number of Saudis in employment. Patronage – the head of a department has a friend in high places, and middle managers are afraid of offending him. The ruthlessness that a Western company would bring to bear is tempered by the complex strands of the Saudi culture.

Here’s another example. A large company implements a Western-designed performance management system. Under the system, every member of staff, from senior management downwards, is supposed to have an annual performance evaluation that assesses the capabilities of the individual against a set of standard competencies adopted by the company. The outcomes from the evaluations determine pay increases, the person’s training needs and objectives for the following year.

The company sets up an assessment centre manned by a number of HR specialists. Hundreds of managers and supervisors receive training that takes them out of the line. Classic Western thinking. The cost of the assessment centre, the mapping of the comptencies, the training and the inevitable change management consultancy comes to millions of dollars without even considering the cost in reduced productivity as the process rolls out.

A few years later, it becomes evident that the new system has not produced the desired results. Yes, the company Board of Directors is able to report to shareholders that it has implemented a modern performance management system. But look under the bonnet, and you will find that the system is not working, for a simple reason.

Performance evaluations often involve frank and sometimes adverse assessments of performance. It is not in the nature of most Saudis to be openly critical of colleagues, and especially when they have to put those crtiticisms in writing. They are also afraid that their criticisms will be taken as insults, and wary of upsetting employees who may have connections elsewhere in the company that can be used to damage the manager’s standing and career prospects. So evaluations tend to be anodyne and lacking in substance. Resulting decisions on pay are not necessarily an accurate reflection of performance.

So why did these initiatives fail? Was it because the vision of the Western-educated leaders could never be translated into reality because the cultural undergrowth grew up and stifled it?  Because less senior staff who saw the new model as a threat to the status quo – and by implication to their jobs and social standing – mounted a campaign of passive resistance? Was there a particular culture in company that worked against it, or was that culture typical of Saudi Arabian business as a whole? Indeed, was the centre or the performance management system actually broken, or were they merely  – using a Western frame of reference – sub-optimal? And was that sub-optimal state not the best they were likely to achieve in the long-term?

Complex questions, and no easy answers. But perhaps we should return to the idea that what the consultant designs for New York doesn’t necessarily work in Riyadh. Here are some suggestions as to why some of these expensive solutions fail:

Some of these points may seem obvious, and certainly they are not new to the Saudis themselves. But if you accept their essence, then you can say that the history of intellectual imports to the Kingdom is that the exporter makes lots of dollars, and the importer gets questionable value. Win-lose. And looking forward, the $64,000 question is: how do you create win-win?

One way forward  – as I’ve said before in this blog – would be for the Saudis to start trusting their own people to come up with the answers. There is a tendency among governments and businesses everywhere to bring in consultants because they don’t believe that their own people will be sufficiently objective or have the necessary skills. There is the additional advantage that if things go wrong, the consultant is an easy scapegoat.

This is not an exclusively Saudi tendency. I’ve focused on that country because it’s the largest economy in the region. But to a lesser or greater extent I believe the same comments hold true in other GCC countries.

Foreign consultants certainly have a role to play in countries like Saudi Arabia, but as facilitators and guides, rather than as solution providers. If they are to be lasting, appropriate and sustainable, the solutions themselves must come from within – from bright, motivated nationals who are prepared to take responsibility for their own decisions, and are not afraid of failure. Solutions must run with the culture rather than against it.

And those who implement them must realise that changing mindsets and behaviour is far more difficult than building roads, airports and car factories.