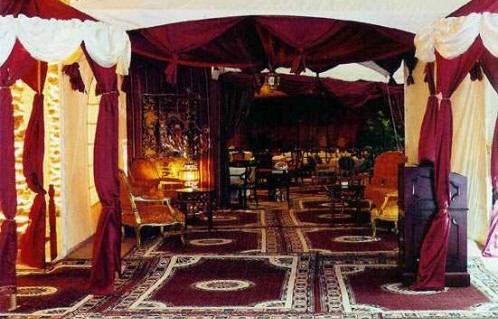 The holy month of Ramadan, due to start soon, disrupts working schedules, particularly when Ramadan falls during the hottest part of the year. As it is, Saudis don’t have the finest of work ethics. For numerous reasons, including second jobs, workers can be hard to find at their desks during working hours. The problem grows during Ramadan. Bidden to refrain from food and drink during daylight hours for the month takes a toll on the body. The shift in schedules, with the first meal of the day coming at sunset and the last at sunrise the following morning is disruptive, to say the least. The way observation of the month has developed, with parties and late-night TV viewing, severely interrupts the normal sleep cycle. As a result, the workday is abbreviated by law to only five hours, permitting a late afternoon nap.

This isn’t enough for everyone, though. It’s too common to find workers sloughing off their duties, either coming in later than they should or leaving earlier. Some simply doze through the day, putting in only notional appearance on the job.

Not only is this against the spirit of Ramadan, but it’s also expensive to employers and the national economy. This year, Saudi Gazette/Okaz report, government inspectors will be going around the government offices checking that workers are present and doing their jobs. To show the seriousness of the effort, the government has called in the religious big guns to point out that slacking off at work, even during Ramadan, is ‘un-Islamic’. Now, if the inspectors can stay awake, it might make a difference.

JEDDAH – Do not be surprised if you go to a government department during Ramadan and find employees absent or fast asleep during work hours; this happens a lot during the fasting month.

And if you are an employee, then don’t be surprised if you find strangers in your office keeping an eye on you. They may be inspectors from the Control and
Investigation Board conducting on-the-spot inspections to ensure that employees comply with the five-hour (10:00 a.m. to 3:00 p.m.) Ramadan work schedule.

Sources at the Control and Investigation Board told Okaz/Saudi Gazette that no departments will be excluded from these visits, which will be more frequent than they were last year.

“Negligence in performing duties during Ramadan is not permissible and is against Ramadan teachings,” says Dr. Ali Bin Abbas Al-Hakami, a member of the Board of Senior Ulema and Higher Judicial Council. Many people have turned Ramadan into a month of eating, watching TV and staying up late, and these factors affect work in offices, which is not permissible in Islam, Dr. Al-Hakami added.