Qatar “World’s Wealthiest”, But What Does That Mean? 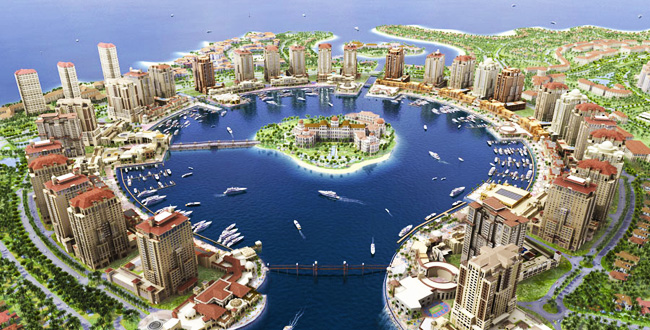 What’s the story? What indeed…

No, I mean what’s this all about? Oh, Qatar has been ranked as the “world’s wealthiest country” in a new list compiled by US magazine Forbes, with the UAE placed sixth.

What do they mean by world’s wealthiest? Are you telling me Qatar has the GDP the size of the United States or even China (one fifth of US GDP)? Um no, Forbes looked at GDP per capita (adjusted for purchasing power parity).

Per capita… Ok, so total income divided by its population? The fact that Qatar has 5 people versus a billion people in China presumably helps a bit… Rather. In fact it’s 1.7 million people according to Forbes (although 900,000 if you look at Wikipedia) – and that’s including expatriates. The UAE has between 4 million and 7 million depending upon whose statistics you choose to use to help your argument.

Four fifths of the population in Qatar are expatriates, a similar percentage in the UAE. Arabs make up 40% of Qatar’s population, Pakistani’s number 100,000, Iranian 270,000, other groups 14%.

According to Forbes, Qatar booked an estimated gross domestic product per capita of more than $88,000 for 2010, compared with $47,500 for the UAE. However, your average gardener in either country is not going to be earning one-fiftieth of that.

So, back to the wealthiest country tag, if wealth is not distributed why use GDP per capita as a reference point for a country’s wealth? Good point, it is quite meaningless used in that way – and Forbes admits as such. What it does show is that both countries have money to spend – those incomes are not stretched to meet the basic needs of their people. And both countries do spend.

Go on… The UAE has been in the limelight for a decade with ith 2020, 2030, etc plans. Qatar has recently stolen the lead with the World Cup, its bid for the Olympics etc. Both governments are pouring money into infrastructure. Qatar is in the process of building a deepwater seaport, an airport and a railway network. The UAE already has a considerably more developed infrastructure – especially in Dubai. Abu Dhabi has just restarted work on its major plans – including the Guggenheim and Louvre museums.

Ok, so who else made the list? The mighty Luxembourg came second with a per capita GDP on a purchasing-power parity basis of just over $81,000. In third place was Singapore ($56,700). Norway and Brunei rounded out the top five positions in the list followed by the UAE, the US, Hong Kong, Switzerland and the Netherlands. Kuwait was placed 15th in the list.

Many countries in the top 15 – although not all – were characterized by having minerals and natural resources, and small populations.

And who came bottom? African nations were listed as the poorest countries – Burundi, Liberia and the Democratic Republic of Congo, where GDPs (PPP) per capita are $400, $386 and $312, respectively.

2 Responses to Qatar “World’s Wealthiest”, But What Does That Mean?