Qatar to Sell Gas to Israel ‘Below Cost Price’? 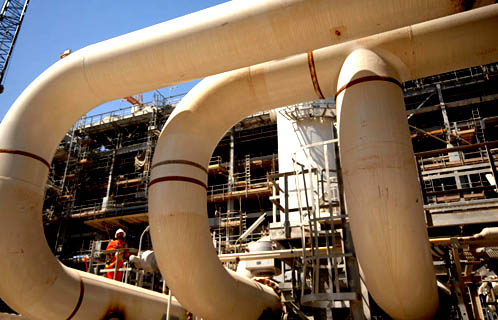 There have been various rumblings recently that Qatar will soon be selling gas to Israel. Partly to make up for any lack of gas coming from Egypt and partly because Qatar have been trying to sell gas to Israel for decades.

One of the more alarmist stories, so to speak, notes that Qatar may well be selling gas to Israel soon “below cost price”. If a deal like this comes to fruition, many will suggest that Qatar is doing this under US pressure. Indeed, this would make sense. However, I’m not so sure. Not only are US-Qatari relations getting significantly better now by themselves; not only does Qatar not really need good US relations (indeed, it’s managed perfectly well with poor American relations for years now) but Qatar has on many on occasion sought independently to resuscitate its relations with Israel.

After the Israeli trade office closed after Operation Cast Lead, there have been at least two Qatari gambits to Israeli to solicit them to reopen it in return for access to Gaza for humanitarian goods. Both were rejected by Israel.

So why does Qatar seemingly so often seek Israeli support, particularly when it, at the very least, causes friction within the GCC and with Qatar and Iran?

– It’s the right thing to do. I’ve talked about this before, but there is something of a belligerent, bloody-minded streak to Qatar’s foreign policy. Despite the apparent drawbacks of a policy, if Qatar’s elite genuinely thinks that it is the right thing to do then, ceteris paribus, it will be done. To my mind, restarting relations with Israel is a sensible, mature and intelligent thing to do.

– Limelight. Many a time have I prattled on about this. Qatar courts international public opinion frequently and with great success. Interestingly, in such a case, they are clearly not courting Arab public opinion, the majority of which would – presumably – be against such normalisation. Hence, they are therefore playing to the Western crowd, to some degree, with this policy.

– Business. Israel is the best run and most advanced economy in the Middle East. If it’s true that Qatar is using its gas as a loss-leader (which I doubt…) then someone must, to my mind, have their eye on a larger trading prize, so to speak, with Israel.

2 Responses to Qatar to Sell Gas to Israel ‘Below Cost Price’?