Powerless: Why We’re At the Mercy of the Markets 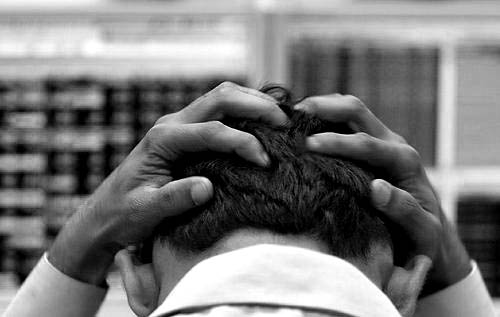 If you are a master of the universe, don’t bother to read this. What I have to say you know already, even if you’re not letting on.

Yesterday morning I posted a piece called Swoosh Crash. It was about junking things you don’t need, and sometimes junking people you don’t need. But it was also about the death of preconceptions. Realities you hold dear because they’re real for you. Myths you believe in that are shattered by events.

A few hours after posting, I boarded an airplane for London.  By the time I got to my English home, I discovered that the financial markets had thrown a collective fit about the state of the Eurozone, the possibility of bail-outs on an unprecedented scale, concerns about the US economy and fears of a second global credit crunch.

The operative word is fear. The glass, which was half-full yesterday, is half-empty today. Does “the market” know more today than it did yesterday? A wee bit, maybe. The decision of the European Central Bank to deflate the bond market by buying Irish and Portuguese debt appears to have been a catalyst for the market crash. But did those clever people who constitute “the market” have a significantly altered view of the big picture that has dominated the European economies for the past few months? Hell no.

They panicked. They said “I just can’t cope with this anymore. I’m out of here.” A few less emotional masters of the universe will even now be rubbing their hands with glee in anticipation of the profits they will make when the glass becomes half-full again.

Meanwhile, old people’s pensions will take a hit, and young people will find it even harder to get a home loan. How far have we come from the days when a stock market was a means to trade in shares of individual companies. When the value of an individual company’s shares was dependent on the performance of that company and its leaders, not by somebody’s judgement on an industry sector, or by that company’s membership of a composite index.

These days the market is a giant casino. Complex derivatives – also known as bets -that few people understand can make or break banks, companies and individuals. You could say that the world financial system is run by bookmakers – but this would be an insult to all the bookies I’ve met, who have always struck me as eminently sane individuals.

From a Middle Eastern perspective, it has always surprised me that Muslim countries actually allow stock exchanges – especially Saudi Arabia, that paragon of shariah compliance. Surely only by denying what becomes increasingly obvious with each successive crash – that buying and selling shares is effectively to commit the sin of gambling. No doubt the scholars have convinced themselves otherwise, and far be it for a non-believer like me to contradict them. But…

Humans are driven by emotion. Hope or despair, and the ability of people to transfer those emotions on to other, are often the reason for victory or defeat in battle. Routs in battles and financial markets have been with us ever since our ancestors started forming into organised societies.

But these days international finance is far more complex than it was when fortunes were made and lost on the price of a tulip or even on the prospects for an American railroad. It is so complex that it is seemly beyond the ability of even the brightest and the best to understand, let alone control.

The events of the last couple of days are yet another reminder that the systems most of us depend upon for any kind of stability in our lives are run largely by people who don’t know what they are doing. Why? Because there’s too much to know.

Those who do know are selective about what they reveal. And what they know is only part of a massive patchwork of signs and indicators – a notional big picture. They recognise that they are only able to interpret the present and predict the future with a great degree of uncertainty. They protect themselves accordingly. They also recognise that the markets are an art, not a science, and will remain so until we know enough about the human brain to predict how individuals will react to events. Meaning forever.

The former are the blind. The latter are the one-eyed kings. The rest of us are worse than blind. We are deaf, dumb and powerless. Whereas the blind are at least able to grope in the darkness and steer clear of walls and ditches, the rest of us don’t have the faculties even to recognise the wall or the ditch for what they are.

So swoosh crash goes the notion that we are in any sense masters of our own financial destinies. We are all part of the giant casino – even if we choose not to play, you can be sure that our governments will do so on our behalf with the taxes they raise  from us.