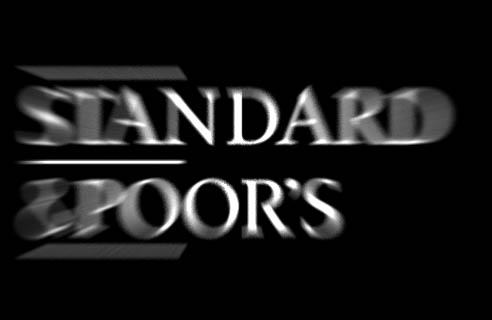 While watching the current financial bloodbath, I can’t help being amazed at how three credit ratings agencies can determine by a single email the financial futures of millions of people in debt-stricken nations.

How is it that Standard and Poors, Moody’s and Fitch, organisations that are ultimately accountable to nobody but their shareholders, have the power to trigger financial meltdown on a worldwide scale by pronouncing on the creditworthiness of nations?

By downgrading the status of sovereign debt, these agencies create a spiral of consequences that often lead to further downgrading. If a country is, in the estimation of S&P, likely to default on its debt, lenders will charge a premium for lending it more money. The country then struggles to repay the higher interest on the debt, making it more likely to default. S&P then downgrades the debt further, and the cycle starts again.

The issue of the US debt, which S&P has just downgraded for the first time in the country’s history, raises other interesting implications.

If you determine that the world’s largest economy is a tiny bit more liable to default on its debts, how can you say that countries like the UK, Germany and Canada are not equally at risk because of the potential effect on their economies of a default by the USA? So isn’t it a nonsense for any country to be rated AAA when the US is rated AA+?

No country would emerge unscathed from a default by the US. So is it not meaningless to talk about a safe haven – some nirvana economy that goes on its merry little way while chaos erupts all around? If Jupiter were to change its orbit round the sun, would we earthlings in our goldilocks planet continue in our perfect life-sustaining orbit? Not likely.

Just as a volcanic eruption in Indonesia affects the climate in Sweden for years if not decades, would not the demise of Citibank or Boeing have a similar effect on the economies of the UK or Germany?

Surely this is a matter of common sense – something that all the algorithms ever invented are unable to take into account, because common sense is a human quality. It’s about judgement based on all the facts available, and then overlaid with an understanding of human nature. The messages emanating from the ratings agencies seem to be “be afraid”. Well yes. It doesn’t take a few thousand rocket scientists to figure that one out.

So I would suggest that to downgrade US debt while leaving other sovereign debts at a higher rating is a meaningless exercise. You might as well downgrade everyone. And much as the Chinese, the largest investors in US government bonds, might complain about America’s failure to get a grip on its deficit, the question for them is where else can they more safely invest?

There is an oft-repeated saying about borrowing from banks that comes to mind here:

The Chinese know this. So do the Americans and so do the ratings agencies.

Which returns us to the question of why the ratings agencies have acquired such clout in determining the health of the global financial system? What gives them the right to pontificate on Greek, Spanish and American debt?

The answer is the very governments that are currently railing against them. The US Federal Reserve, for example, have effectively outsourced the assessment of the creditworthiness of securities by making it a requirement that securities be rated by two of the three major agencies.

If the agencies’ track records over the past decades were impeccable, placing a high level of trust in them would be just about acceptable, although the potential for conflict of interest arising from their for-profit status will always be there. But their failure to flag up the systemic problems of the US housing market in 2008 showed them to be as incompetent as the regulators that relied on their judgements.

To rely on private rating agencies for judgements on national economies seems to me to be political cowardice that has come back to bite not only those who have placed their trust in them, but ordinary people across the world.

When the dust settles on the current crisis, is it too much to hope that those who hold our financial futures in their hands  – governments, regulators and central bankers – can come up with a better way of managing debt crises in the future?