Petrol-Gate in the UAE: ADNOC To The Rescue 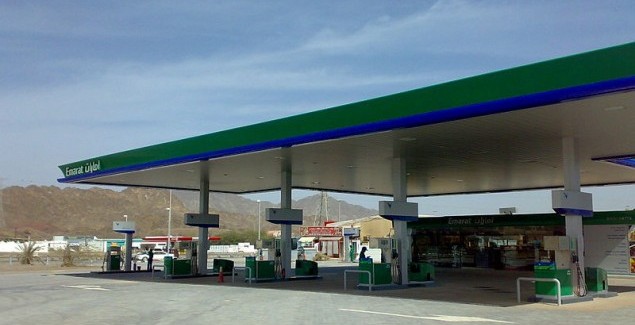 Remember PetrolGate, the amazing story of how an oil-producing nation ran out of petrol? And the embarrassing silence of ENOC/EPPCO regarding the closure of its petrol stations in the Northern Emirates?

Now there’s a new and fascinating twist to the tale. The Abu Dhabi National Oil Company, ADNOC, has signed an MoU with major retailer Emarat to acquire 74 of its 100 petrol stations across the Northern Emirates (Sharjah, Ajman, Umm Al Qawain, Ras Al Khaimah and Fujeirah).

ADNOC is the only fuel company in the UAE to refine its own petroleum, so it can sell petrol profitably at the UAE’s subsidised prices, while the others have to buy their petrol on the international market. This means they were actually losing money for every litre of fuel they pumped.

Just in case readers living elsewhere in the world are interested, we currently pay Dhs 1.72 per litre or $0.47 or, if you prefer, £0.30. It’s why I like chatting to London cabbies about how much it costs me to fill a Shogun (the Pajero is called a Shogun in Europe, one suspects because of a little Spanish accident). They’re always cheery souls and it does them good to hear me chat about filling a 4WD for under twenty quid.

ENOC found it preferable to close its 51 petrol stations in the Northern Emirates rather than go on selling motion lotion at a loss. That loss cost the Government of Dubai (which owns ENOC) a cool $1.5 billion up to the end of last year.

ENOC’s handling of the whole thing eventually led to the Government of Sharjah taking the unusual step of closing down all of ENOC/EPPCOs retail operations in the Emirate.

Amusingly, The National reports the news on the front page of its business section today, adding the detail,

“Like Emarat, Enoc has responded to losses by cutting its exposure in the Northern Emirates. It handed over its petrol stations outside Dubai to Adnoc last July.”

This news was actually ‘categorically denied’ by ENOC last year when Gulf News originally ran the story of ENOC’s Northern Emirates stations being taken over by ADNOC. The categorical denial was unusual, coming from a company that had maintained a policy of mendacity followed by radio silence.

Meanwhile, ADNOC will now operate a total of 224 petrol stations throughout the UAE. Profitably.