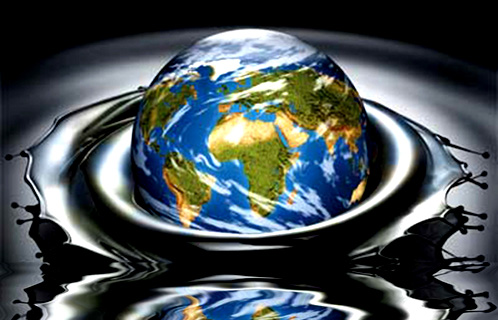 For all the principled criticism that “Gulfarism” (the recent expansion of welfare in the GCC states) has received, it looks like the most effective argument against it maybe petro-realpolitik. The International Institute of Finance (IIF) believes that the recently announced social benefits in Saudi Arabia totalling $130 billion (Dh477 billion) will increase the target oil price it needs to balance its budget to $88 from $68 last year.

The IIF notes that many components of these benefits, such as new public sector jobs and unemployment benefits, are effectively irreversible and forecasts that Saudi Arabia will need oil to be somewhere between $100-$110 by 2015.

Fatih Birol, Chief Economist of the International Energy Agency (IEA), has raised concerns that sustained high oil prices could weaken trade balances and add to inflationary pressures, which would force central banks around the world to increase interest rates at a time when the global economic recovery is, at best, fragile.

With 14 per cent of proven oil reserves, the second highest after Venezuela, Saudi Arabia (together with the UAE, Kuwait, Qatar and Bahrain) has always served as a counterweight to Iranian, Venezuelan and Algerian price hawks. However, increasing costs of domestic social benefits risk changing Saudi Arabia’s propensity to consider global economic concerns.

This will truly be a departure from traditional Saudi energy policies of sustaining moderate prices in favour of long-term growth in its consumer markets. Ian Bremmer, president of the Eurasia group, has noted that Saudi Arabia is committed to moderate oil prices in order not to undermine economic recovery of their top customers, stimulate a further drive for alternative energy and increase Iran’s petrodollar chest. But domestic unrest would have the kingdom discard all these considerations.

And matters only get more complex, as the new social benefits will most certainly raise inflation in Saudi Arabia, which would take away from the purchasing power of people and general improvement in the quality of life that the government was trying to achieve. Alas, such are the perils of welfarism.

But Saudi Arabia’s real time bomb is its mammoth housing project. Out of the $130 billion, $67 billion is earmarked for constructing 500,000 homes. In addition, $10.6 billion and $4 billion, which will be used to recapitalise the Real Estate Development and General Housing funds respectively, are expected to facilitate the construction of an additional 133,000 homes, according to the Saudi finance minister. But Credit Suisse warns that the Saudi population, which quadrupled in the last 40 years, needs 2 million
houses by 2014.

Using the valuation matrices of the Saudi government, meeting the housing shortage of 1.37 million homes — 2 million less 500,000 and 133,000 — should cost $166 billion (at $121,000 average of both home pricing). Now if the IFF estimates that the complete benefits package of $130 billion has increased the budget-balancing oil target by $20 then this housing shortage should increase it by an additional $25. Which is why it will need to be financed by Saudi Arabia’s foreign asset reserve which, due to healthy budget surpluses, is nearing half a trillion dollars.

The moral of this quantitative story is that Saudis, and to a certain extent the rest of the Gulf, must recognise that a social welfare plan will only exhaust its energy and financial reserves, put it at odds with the global economy and accelerate the drive for alternative energy. Most importantly, it will pacify its population’s economic prowess.

And yes, Riyadh does have an alternative. In fact, it has had it for a while. Unlike most other Gulf states, Saudis (20 of 26 million) make up the majority of their population. Over half of Saudis are below 30 and who, for better of worse, have not experienced the high paying job culture in other Gulf countries. This has, in my opinion, allowed for a much more independent, though cynical, and potentially entrepreneurial generation.

Unlike an Emirati or Qatari, a Saudi doesn’t have delusional expectations of financial entitlement and pre-deserved stature at the marketplace. A Saudi is glad to find a job at all.

That, coupled with a sizeable domestic market, is exactly the kind of environment that is ripe for entrepreneurship. Beyond the initial $130 billion, the government shouldn’t spend more money on creating jobs or building homes but rather use a portion to set up a small and medium enterprise fund with all its incubation enablers.

These enterprises will create the jobs and build the homes Saudis need. The government should focus its efforts on removing bureaucratic operational obstacles and investing in world-class infrastructure. The solution to Saudi’s economic conundrum isn’t in more expensive oil but a more entrepreneurial economy.

The Saudis must psychologically restructure their balance sheet by moving their youth from the liability entry into the equity’s (like their oil) and draw down that capital in full.