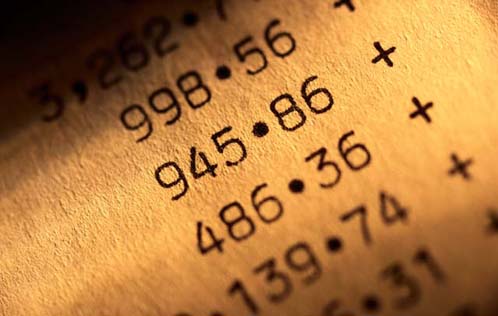 What’s the story? The UAE is in the early stages of implementing a new bankruptcy law, that will allow companies the time they need to restructure their business to regain solvency.

Why is this important? Two reasons. Firstly there are a whole host of companies in the Emirates currently suffering from debt taken on during the boom they are finding difficult to service, and secondly the present legislation involving bankruptcy is an impediment for SMEs to start, invest and grow.

How so? Starting a business is about risk and reward. You take on a calculated level of risk, in return for a calculated expectation of reward.

Presently, there is personal liability for debt: Banks take personal guarantees for small businesses. In the UAE debt that is not repaid is a criminal offense, and can land you in jail.

Consequently, the level of risk for most people is too high, even if they are burning to start a new business. Put another way, the safeguards of a bankruptcy law means less personal risk, so in theory more entrepreneurs will take the plunge.

Given SME’s are usually the most active part of the economy and in totality its biggest employers, that would be good news for the UAE economy as a whole.

What about moral hazard? Crikey, that’s a bit of economic jargon. You mean entrepreneurs will fail to take necessary due diligence over investors money because there is less of a consequence if they fail…

This is unlikely to be true for two reasons:

1. There is still a cost of failure: Credit rating, time, personal investment, reputation… all suffer when a business goes under. None of these things can anyone afford to be too cavalier about.

2. Investors are not stupid. They are also taking on risk for reward, and their due diligence always includes an analysis of management along with the business model.

So what do we know about the bankruptcy law so far? As usual, not a lot. We do know that most of the information released has been about giving time to company owners to restructure their business if they have difficulties. When a company files for bankruptcy it is protected from litigation to seize its assets. This is the equivalent of Chapter 11 of US bankruptcy laws.

What has not been discussed is the equivalent of Chapter 7 – i.e. a case where a company cannot be saved and needs to be liquidated. Chapter 7 allows company owners to divest themselves of most of a company’s debts, and so be free to lick their wounds before starting again. This effectively would be the decriminalisation of company debt, and help liberate entrepreneurs to get active again.

Most entrepreneurs fail several times before they make it. It’s just part of being an entrepreneur.

What about personal bankruptcy? Any news here? None at all I am afraid. While in Western economies, personal bankruptcy has become an increasingly legitimate way for normal people to shrug off debts caused by job loss, divorce, personal tragedy, or runaway debts, in the UAE no such law exists.

It would be fantastic to see the equivalent of Chapter 7 and Chapter 13 of the U.S. bankruptcy acts applied in the UAE for personal cases. Chapter 7 as we have discussed involves a liquidation of assets and liabilities, Chapter 13 is the equivalent of Chapter 11 for employees. Those with a regular income keep both their assets and liabilities, but can reschedule repayment terms to make them achievable.  The UAE alternative at the moment is for those unable to repay debts to get on the first plane – something that benefits neither creditor, nor debt holder.

One Response to News Analysis: The UAE’s new bankruptcy law