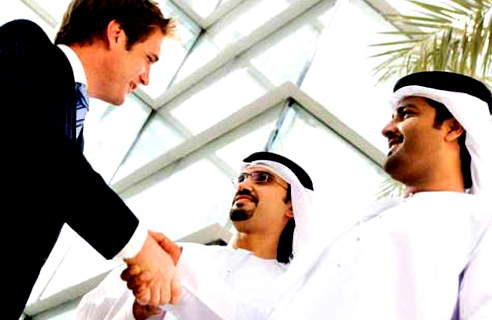 What’s the story: The World Bank’ report, “Doing Business 2012, uses 11 criteria to rate the ease of doing business across a company’s lifecycle – start up, operations, legal, exit/insolvency. The GCC in general does well with Saudi in 12th, the UAE in 33rd and Qatar in 36th. The lowest placed country in the GCC is Kuwait on 66th. Outside the GCC the Arab world does less well, although Tunisia holds its own at 46th. Egypt, the other big Arab economy flounders at 110th, Iraq is at 159th, and Libya doesn’t even make it to the list.

What so important about this survey? It’s all about one word: Jobs. The Arab Spring has highlighted in triplicate the issue of unemployment and in particular youth unemployment. Creating the conditions for businesses to enter, invest and to flourish is the biggest component there is to job creation – aside artificial government schemes which are in general destructive and/or unsustainable long term.

So in the GCC all is rosy? Well… no. The report focuses on eleven quite reasonable criteria to make this something measurable, and replicable. However as a result it ignores uniqueness. Could you honestly say that Saudi is a more accessible place for businesses than the UAE? It may take less time to establish a company, but what about visas, the Niqibat system which limits expats, the country’s travel restrictions, particularly on women, etc. These kinds of criteria are simply ignored.

Moreover, the overall score hides the detail, which as we know is where the devil lies. The UAE scores very well, for example on registering a new business or property, but try getting your money back in case of insolvency. It will take 5 years and you’re not likely to see more than 11 cents on the dollar. Ouch.

So it’s not worth the paper it’s written on? Quite the contrary. It’s an extremely interesting and valuable document for both businesses and the countries themselves, with an objective analysis of their regulatory framework. It provides a tool to make simple decisions, that could have a considerable impact . Oman’s requirement for a new company to have 236% of income per capita as minimal capital stands out as an example, clearly an impediment for new business start ups.

So is Saudi the best place to do business in the Middle East then or not? Probably not, but you have to give it credit for putting in place solid guidelines, protections, laws and frameworks to get business done in the Kingdom. The report moreover should be a boon to countries coming out of their Arab spring, in search of policies to remove the corruption of the past, and create an environment for real job growth going forward.