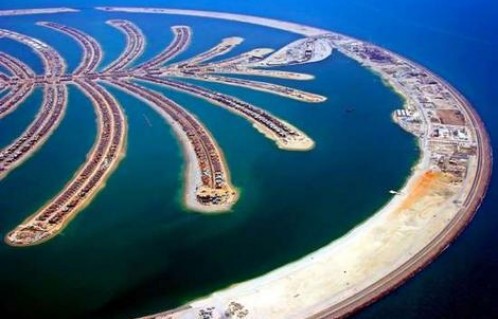 What’s the story: Dubai investors in the dark over Nakheel lawsuits, ArabianBusiness.com

What’s the real story: Dubai needs to sort out its legislation, and procedures for disputes.

How so: Confidence is the foundation for investment, Dubai’s confusing legal process is no real foundation at all which retards the property market’s hopeful, eventual recovery. No one likes to invest somewhere where the rules of engagement are movable.

What’s this story about in particular? Investors in legal disputes with Nakheel don’t know whether cases against the company will be switched to Dubai Courts, or will continue to be heard by the specially-formed Dubai World Tribunal (DWT).

Why does that matter? In theory the special tribunal will be considerably quicker, cheaper and executed in a language the parties understand. It’s a dispute resolution forum rather than a court, and its resolutions are binding, so you can’t be dragged into appeals.

Where does the confusion come from: Did the Dubai Department of Legal Affairs issue a decree that ruled all Nakheel-related cases would now be heard by Dubai Courts, or was simply a circular suggesting that it was likely disputes would be referred to Dubai Courts now Nakheel is a wholly government-owned firm? For some inexplicable reason no one seems to know.

Nakheel seems to be in the news a lot at the moment? Yes, Palm residents are making a lot of noise at what they allege is the expropriation of communal areas – the beach, the swimming pools, the gym…

Poor them… Well, it sounds small scale, but there are bigger issues involved. If someone sells you something with services attached, can they later take those away and charge you for them? It’s just another question mark for would be investors who can’t quite work out what they are getting at the point of purchase. Would you buy if you you felt you couldn’t trust the specifications you are given?

Why would Nakheel do this? $16bn of debt. Nakheel has also no doubt cast covetous eyes Emaar’s relative strength coming from its hospitality division. This looks like it’s trying to claw back previously communal space to create one for itself.

Doesn’t look good for Dubai Inc… Not really. Truth be told the emirate is a lot further ahead than many of its regional peers in terms of property regulation, but the hangover after the irrational exuberance of the noughties will take a long time to clean up. The good news is that the bad news only comes out at times of stress, and these are stressful times. If Dubai PLC can tackle these issues now, it could have a considerably more robust, and attractive environment for investors (some time) in the future.