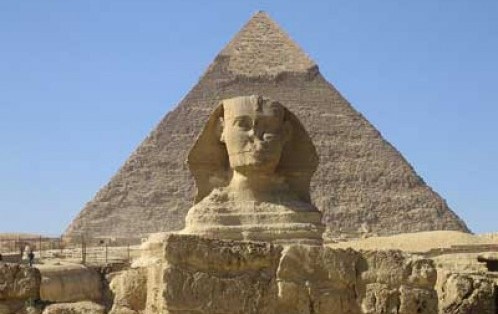 Can you give me some figures?  Well, the good news is that 2010 was a record year for tourism in the country with nearly 15 million tourists taking in the multifarious delights of this splendid place.

And the bad news? The numbers are down 42 percent through September of this year, according to the Egyptian Tourism Authority.  That’s around $3 billion lost.

I presume this year’s revolution had a lot to do with it? Revolutions and that care-free, what-should-we-do-today feeling don’t tend to get along too well.

But wasn’t there some talk about the ETA using the revolution to attract tourists?  More than talk, they actually tested its effect in some research across key markets.

And the results?  “People were happy for us about what happened, but they said, ’Don’t talk to us about the revolution,” ’ according to an official. ““You cannot sell Egypt through Tahrir Square.”

How’s the rest of the economy doing? At first glance not so bad. The other pillars of the economy – gas and oil sales, Suez Canal revenues and remittances from workers abroad – are either stable or growing, according to Central Bank figures.

Overall, economic activity came to a standstill for months, with growth expected to tumble to under 2 per cent this year from a robust 7 per cent in 2010. Official unemployment rates rose to at least 12 per cent from 9 per cent. Foreign investment is negligible.

So the government is taking immediate and rapid action on several fronts to get things going again?  If by ‘rapid’ and ‘immediate’ you mean ‘sitting on their hands’ then you are correct.

Egypt’s notorious for its love of bureaucracy and its red tape. Surely this has been relaxed?  Quite the contrary, it appears. According to Hisham Fahmy of the American Chamber of Commerce in Egypt:  “The normal red tape has got redder.”