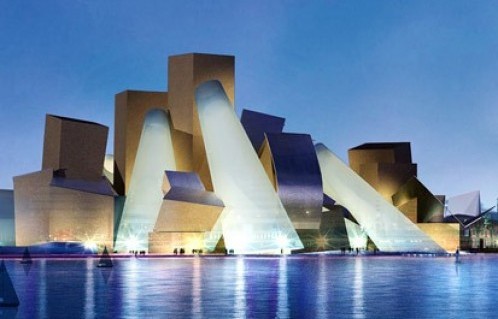 What’s the story?Abu Dhabi is fast becoming the worst construction market in the GCC after Dubai amid a scaling back of projects, investment bank Arqaam Capital said Wednesday.

Oh no, wasn’t Abu Dhabi supposed to be holding its own, what with those huge developments such as the Guggenheim and the Louvre? Indeed but it’s been a bad week for BPAD (Big Projects in Abu Dhabi) with news coming through at the beginning of the week that state-backed Tourism Development and Investment CO (TDIC) cancelled a tender related to the construction of the Guggenheim.

What’s going on then? It looks like the authorities have decided to take a ‘time out’ and are reviewing the details (in particular the financial details) of all of their major signature projects. There seems to be a heightened focus on profit on government owned companies, as opposed to long term vision, as well as a re-examination of the 2030 plan in terms of the benefits it brings to Abu Dhabi, and in particular Abu Dhabi nationals.

So what about all of those people who got laid off following the Dubai property collapse. They’ve been clogging up the road to Abu Dhabi every morning for the past couple of years?   They’re likely to be checking out the ‘situations vacant’ columns in Saudi or Qatari newspapers.

Bad news for expats then? Yes, several thousand have already been laid off over the last few months and it looks like there will be another wave of lay offs to come.  There have been some sobering statistics recently – 7 out of 10 jobs created in Saudi go to expats for example, and that’s despite high unemployment, and serious investment in education. Clearly Abu Dhabi is looking to lead the way in reversing this trend.

Good news for UAE nationals though?  Generating employment opportunities for Nationals has always been important for the UAE authorities but it has clearly become a top priority, certainly in the capital, over the past eight months.

Not everything has stopped though?  No, according to Arqaam, civil and social infrastructure projects such as schools, hospitals, roads and contracts are likely to continue.