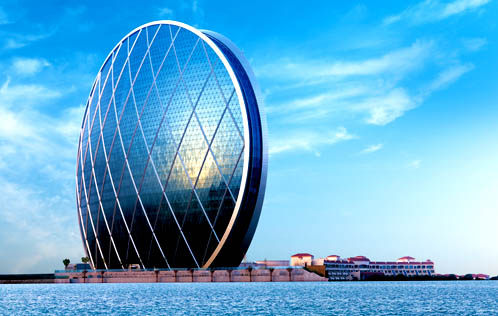 So, what’s the story? Aldar Properties announced plans to reduce its workforce by 24 per cent. Shares fell 3.7 per cent to Dh1.02.

Why the fall? The markets got jittery. According to Nabil Farhat speaking to the National. “Investors are worried, while business is slow… The layoffs mean that the business is so bad they can’t cover their expenses.”

Likely to be any truth in that? Unlikely – this is an Abu Dhabi company. What’s going on at Aldar seems to be going on in all Abu Dhabi owned or semi owned companies. All are going through restructuring.

But doesn’t Abu Dhabi have lots of money? Yes, but that doesn’t mean you have to throw it away. If a business is set up for a particular volume of business, and that volume is not there, then restructure to mirror what is out there. Makes sense no?

Yes I can see that, but why all of them? It’s not all of them, not all at the same level. Certain priorities highligted in Abu Dhabi’s 2030 plan are likely to remain relatively untouched – ports for example. Others which are more strategic and long term – something like microprocessors via Advanced Technology Investment Company (ATIC) for example, are likely to be under a much more powerful microscope.

So is this a reassessment of the 2030 plan? No one has said that, but it does seem to be a review of Abu Dhabi PLC to make sure money is being spent intelligently. That makes sense. That long term plan was written in a boom. It’s a very different world out there today. Aldar’s statement yesterday was that its workforce had been reduced by 105 because of a “less intensive development schedule”. There’s no point burying your head about these things.

So the market should not have been so concerned? Well, it’s a reflection of the local or global economy which is not moving at quite the same speed it once was. You can view it positively. Abu Dhabi is exercising fiscal restraint, and good governance, so that when things to turn around, it has a leaner meaner companies to take advantage of that.

All sounds a bit too positive? Well, we can’t comment on the quality of the restructuring, but from our perspective, that they are restructuring suggests there is intelligence out there…

What are the consequences? A quieter Abu Dhabi, and a quieter Dubai which has benefited from Abu Dhabi’s spending, less expat jobs, a much slower timetable for developments, less announcements of shiny new internal projects and investments for some time to come, probably more external investment…