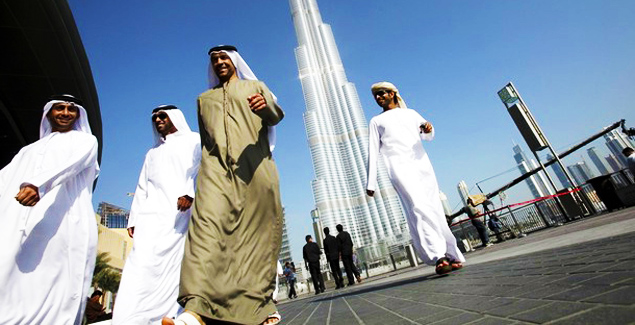 It is startling that the UAE is the country that young people in the Arab world most admire. The country has not been in the headlines over the past year as the Arab Spring changed the face of the region for ever with profound political shift, but the UAE emerged as the country that most young Arabs want their nation to emulate.

This regional popularity is an asset that the government of the UAE should welcome and make every effort to nurture the conditions that built this reputation. It is significant that the UAE carries such weight, particularly since it is a small nation, and it points to decades of internal development beginning to pay off on a regional scale.

Forty per cent of the respondents in the fourth annual Asda’a Burson-Marsteller Arab Youth Survey said that the UAE was the country they wanted their own to be like, which was well ahead of the next choice which was Turkey with 28 per cent. This admiration was backed up by the 33 per cent, who said that they would like to live in the UAE, with France, US and Turkey attracting scores in the mid-teens. Twenty-seven per cent of respondents wanted their country to follow the UAE’s model of economic growth and development, well ahead of the odd combination of the US and China at 19 per cent each.

Such a solid vote of confidence means that the UAE has managed to catch the imagination of young Arabs. The Arab Youth Survey does not give reasons why its respondents voted this way, but it suggests that the UAE’s political stability, economic opportunity and cultural tolerance are major factors.

The UAE is seen as a country where young people can settle and find work that gives them the opportunity to build their careers. It has built an economy in which people from around the world can foster their professional skills, and crucially also expect to see career growth in an economy that is growing. This combines with affordable housing (with more around after the property crash of 2009) and good social amenities to create the conditions in which young people want to live and build their lives.

This year’s Arab Youth Survey showed a shift away from political interest to more domestic priorities. In the heat of the Arab Spring last year, 68 per cent said that living in a democracy was “very important” whereas this year that declined to 58 per cent, which is still a significant priority but not overwhelming.

This had important regional variances. For example, in Iraq where Nouri Al Maliki’s government has become aggressively sectarian, only 46 per cent of young people thought democracy was very important (down from 91 per cent last year). Whereas in Egypt an encouraging 75 per cent valued their democracy, along with 68 per cent in Libya and 67 per cent in Tunisia.

It will be interesting to see if this high rating continues once the elections are over and the governments have had time to try and deliver on their promises.

It is a major challenge for governments to capitalise on this sense of optimism. It will be very important for young Arabs to be able to realise their dreams, and if they are barred from being able to achieve their hopes, they will become deeply angry, and very frustrated with their governments.

The power of the Arab Spring was not so much in its eventual political outcome, but in the fact that it happened at all. And this served warning on all Arab governments that the 65 per cent of the populations that are under 25 years old will insist on being able to make their own lives.

Those governments that have managed to engage their young people in their vision of the future will ride the future storm with more confidence. Those that are ignorant of what the future will bring, and have ignored the largely economic and domestic aspirations of their people, will find trouble coming their way.