Life Isn’t Fair – But It’s Fairer in Some Countries… 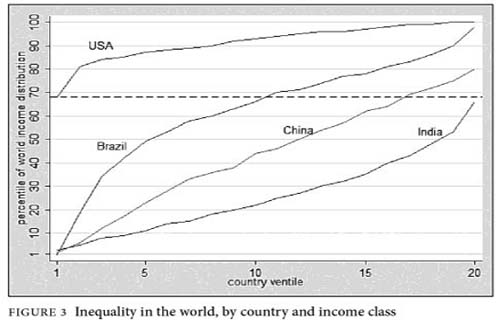 I love a good graph.

On the left is a percentile representing the worlds richest people (100) and poorest people (1). On the bottom axis are the four countries noted split up into 20 equal tranches of their population (the poorest 5%: 1  –  to the richest 5%: 20).

@jason_burke – who wrote the seminal book on Al Qaeda