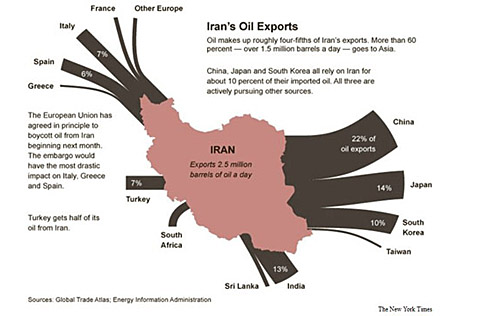 Here’s a quick and easy map from CNN showing where Iran sends its oil. I’d be more impressed, though, if it showed what percentage of oil Iran’s sales made in the countries in question.

One Response to Iran Oil Embargo: Nations Most Affected