IMF Loan: Is It Good Or Bad News for Tunisia? 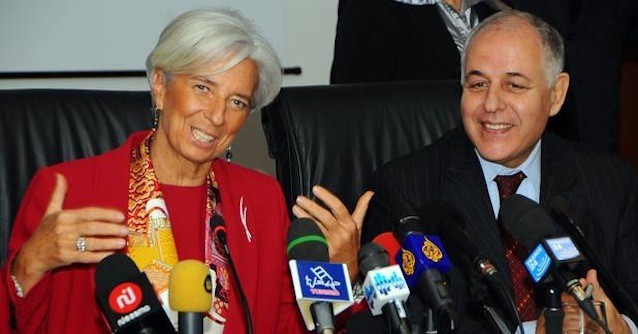 The Tunisian government and the International Monetary Fund (IMF) recently reached an agreement on the long-awaited $1.8 billion stand-by loan.

The benefits of this loan are seen by many as essential to overcome our financial deficit. Others accuse the IMF of interfering in Tunisia’s sovereignty and forcing new economic policies. As a young Tunisian, hearing mixed reactions to this agreement domestically, I wondered what this would mean for the economic future of Tunisia. So I set out to find out more.

Mohamed Sghaier Jebali, a financial expert I interviewed, said he supports this loan “as long as it is going to bring financial balance back to the country’s economy.”

“Tunisia’s development is so slow as there’s not enough investment,” Jebali thinks. “So without this loan, we will not be able to realise growth, nor reach economic stability in the long run. And I hope this money will help us create more jobs.”

Unlike Jebali, Raja Kaak, a banker, expressed her concern about this loan. “It is inevitable for the moment”, she says, “but will make our lives tougher in the long run.”

Lotfi Nebli, a professor at the National School of Engineering of Monastir, agrees. “The situation will just get worse”, he warns. He thinks the government “could have used other means to foster the economy, for example by resorting to our natural resources of phosphates and the sector of tourism.”

He added, “If this was a good government, they would have reduced our debts, not led us to an uncertain future filled with debt. [The government] is acting as if there won’t be a tomorrow and it’s us, the people of Tunisia, who will have to pay for their decisions.”

Mohamed Dhia Hammemi, a student in statistics and founder of the Magaloulnech Movement, comprised of a number of non-governmental organisations who are against this loan, also believes there are alternatives.

Hammemi recommends ending the restrictions on the import of luxury goods, and taxing international currency transactions and the repatriation of profits by foreign investors.

Many Tunisians are expressing their fear of a worsening economic future as they face steady price increases.

However, Christine Lagarde, IMF Managing Director, refutes these accusations and argues that the deal supports existing reform decisions and economic policies already made by the government.

This deal is formally known as the Stand-By Arrangement (SBA) and will “support the authorities’ economic agenda aimed at preserving fiscal and external stability, fostering higher and more inclusive growth and addressing critical vulnerabilities of the banking sector,” Lagarde stated.

Tunisia’s reforms “deserve the support of the IMF and the international community through financial assistance, policy advice and technical assistance,” she added.

Elyes Fakhfakh, the Tunisian Minister of Finance, reminded Tunisians that though the country is facing both economic and financial challenges, Tunisia’s debt is expected to be 46.8 per cent of Gross Domestic Product (GDP) in 2013. That number suggests the country is faring better than some others that did not experience Tunisia’s recent transition, such as Morocco or Jordan.

The loan is expected to enable the mobilisation of important financial resources and give a sign to investors that Tunisia possesses the will to undertake the financial and economic reforms necessary to improve Tunisia’s fiscal health in the medium term.

Tunisian officials have specified that this loan would only be used in specific circumstances since it’s an emergency loan package – meaning it might not be used at all.

Like many Tunisians, I worry that reforms might take longer than expected with the unstable transitional period the country is going through, but remain hopeful that Tunisia will ultimately be successful.

Tunisia’s democratic success is tightly linked to its economic and financial situation, and the government is going to need to look to a number of different options – above and beyond the IMF loan – to ensure that the solutions address both short and longer term needs.

Racha Haffar is a Tunisian student in the Higher Institute of Human Sciences specialising in International relations and political sciences.