Gitex: Not Just a Trade Show, Part of Dubai Itself 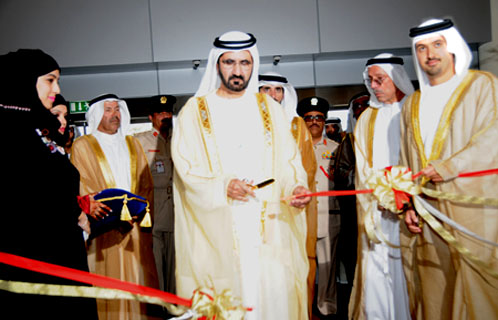 As The National points out today (very kindly quoting me babbling on about the show) in its GITEX story, this will be my 23rd GITEX. I should really stop counting… I’ve done ancient geek reminisces about GITEX posts before, like this one right here, so I’m not going there again.

This year is the show’s thirtieth birthday. There was much talk about GITEX being 30 last year, but they jumped the gun a tad. The miracle is that it’s still with us at all – all the other great horizontal computer shows barring Hanover’s CeBIT have tanked. Comdex is no longer with us, the Which Computer show died years ago, along with many others. Why have CeBIT and GITEX survived?

One part of the answer is that both are essentially government owned shows that have a wider agenda than just filling exhibition space. GITEX also fills pretty much every hotel room in Dubai and acts as a great showcase for new companies looking for a Middle East base or to expand their sales/distribution network to the region. That government support also means not necessarily having to face the grim realities of commercial pressure quite as much as a private sector organiser – particularly over the past three years when, like CeBIT, GITEX had lost a number of large, high profile exhibitors. But both shows have seen a return to form this year, in GITEX’ case thanks to a concerted effort by the organising team behind ‘GITEX Technology Week 2011’ to package things up attractively for exhibitors as well as to add stronger vertical elements that made it more interesting for companies to attend.

There’s also the resurgence of technology in business to thank. The IT industry had grown stale, innovation was no longer compelling companies to invest in technology and the great rollout of technology as we all bought our little slice of the internet had slowed. IT vendors discovered that slapping a new number on a CD in a box didn’t make us all rush out to buy the New New Thing.

Now, buoyed by mobile, tablets, the cloud, social media and other innovations, technology is becoming sexy again. People are looking at new stuff and, what’s more, investing in new stuff. Dubai has always been the regional centre for the technology industry and has always been very much the ‘shop window’ for sales organisations targeting the Middle East. It’s been that way ever since technology companies first started to open up regional offices – generally, the decision on location was taken by the person handling the region who was often the person who would have to come out here to live. Given the options, virtually to a man they chose Dubai as the most pleasant place to live. And so the technology industry came here – a process that took place some ten years before Dubai Internet City was conceived and launched. When DIC came along, they just all moved up the road.

When I first moved to the UAE, my old pal Bob Merrill, the GM of Ericsson Saudi Arabia, told me (in his Southern drawl), “You’re going to Dubai for three reasons, son. Golf, women and hooch. Why, I could take your Dubai and put it here in Sitteen Street Riyadh and we wouldn’t even know it was there.” He had a point, although I think you’d notice Dubai if you plonked it in Sitteen Street these days!

Many of the companies who set up shop here first encountered the region through either attending or exhibiting at GITEX. If you were obsessive enough, you could trace the process and see how many exhibitors have stuck to Dubai over the years and added technology to the city’s list of re-export businesses. How many executives, in fact, who have turned up to the multi-hall extravaganza that is GITEX – a show, if the truth be told, that has always been bigger than its market – taken one look around and said ‘We gotta be in this market, boys’? Over the years I have personally witnessed a great number of them.

GITEX is good for Dubai, which is why they’ll never let it die. This year will see whether the re-invention of this most venerable of computer shows will provide the right mixture of showcase and meeting point to drive it forwards. And whether the new found burst of innovation in the technology industry will continue to make it relevant once again.