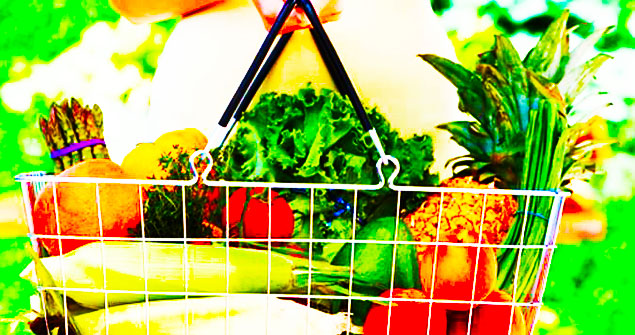 I was mildly alarmed to note a story filed by national news agency WAM recently that referred to a new law being studied by the UAE’s Federal National Council that had been referred to the FNC’s Committee for Foreign Affairs. That bill was the ‘bill on plant genetic resources for food and agriculture’ and the second I saw that, I thought ‘Uh-oh, here comes Monsanto’.

I couldn’t have been more wrong.

The debate over Genetically Modified Organisms, GMOs to you, has raged fiercely since companies started to commercialise products built around the new and exciting science of genetics.

Experimenting with, discovering more about genetics, is important research – it’s only recently we have mapped the human genome, and our understanding of genomes in general is scant. Every step we take forwards opens vast new tracts of understanding and potential cures for humanity’s ailments.

Yet we understand so little about these incredibly complex building blocks – and the tiniest changes to them can have massive, far-reaching consequences. So glibly splicing, twisting and shaping genes for wide-scale commercial deployment has always given me the shudders.

Something like 85% of US corn is genetically modified. A good example of this is Monsanto’s ‘Roundup ready’ (TM) corn, which is modified to make it resistant to Monsanto’s Roundup (TM) pesticide.

This allows farmers to use larger doses of stronger pesticide, increasing crop yields and helping them to pay for Monstanto’s seeds – which they have to buy annually. It also, incidentally, ensures that traces of that pesticide are in the food you’re eating. And you haven’t been genetically modified to make you resistant to it.

The market leading corn in the US is (and have a think about this name as you’re eating one of those little polystyrene cups of hot corn with butter sauce down at the mall) Monsanto’s triple-stack corn, combining  Roundup Ready 2 (TM) weed control technology with YieldGard (TM) Corn Borer (Bt) (TM) and YieldGard (TM) Rootworm insect control.

It’s not just corn, either. 91% of the US soybean crop (those yummy Planters peanuts are roasted in it) is GM and 88% of the cottonseed crop. Over 90% of the US (and 90% of the Canadian) Canola crops are GM – Canola is a brand name for a hybrid variety of rape that contains less acid (natural rapeseed produces a bitter oil not suited for food use – and Canola sounds so much nicer than rape, doesn’t it?), originally developed in Canada and now grown all over the world. Canola is a hybrid, not inherently GM, but most of the current North American crop is GM.

About 90% of American papaya and sugar beet crops are GM. Other GM foods are also making their way into the American soil now, including courgette (zucchini to them). The bad news is that the EU has approved the sugar beet ‘product’ – and also that GM products can be imported into the EU if they are to be used as animal feeds. Ever smart to an opportunity, Monsanto has produced a genetically modified (’roundup ready’) alfalfa – an animal feed crop.

All of this tinkering with our food has had one interesting side effect. Companies have raced to ‘own’ foods – Monsanto, for instance, makes its money on selling seeds (and pesticides) to farmers. And it wants to protect its intellectual property, so it has patents on its corn and other products – and duly licenses these to other companies. So food becomes Just Another Technology. Something to be abused at will by any dominant player.

Which is where the International Treaty on Plant Genetic Resources for Food and Agriculture comes in.

A number of the world’s smaller countries spotted companies trying to patent various useful plants and objected to this ‘genetic imperialism’. The treaty establishes a framework whereby food cannot, effectively, be patented in a way that prejudices the rights of farmers and communities and limits the ways in which companies can dictate the use of a food crop or product.

For instance, Monsanto doesn’t like farmers using ‘farm collected seed’ because then it couldn’t sell ’em another bunch of seed every year. Farmers sign a contract with Monsanto which contains a number of provisions and restrictions and grants Monsanto a number of rights – including the right to monitor the farm to ensure the farmer doesn’t save seed. That contract applies even if a farmer doesn’t sign it but opens a Monsanto seed bag.

This treaty acts against that sort of behaviour in a most timely fashion.

Although the treaty in no way limits the use of GM crops, it does limit the ways in which companies can use market dominance and the toolbox of other corporate egregiousness to dictate commercial terms to the world’s less well off. And at its core is a commitment to biodiversity and the preservation of food producing communities.

That the UAE is a signatory to it is a little piece of rightness.

One Response to ‘Genetic Imperialism’: The UAE Takes A Stand