Saying No to An ‘Open Sesame’ Welfare Agenda 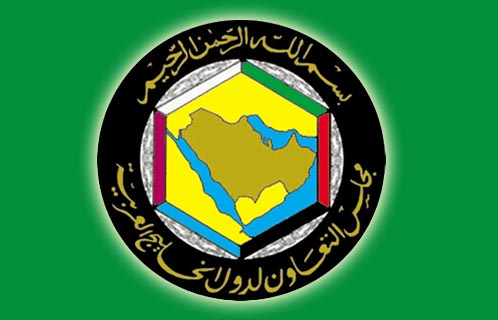 Rumours circulated the last few weeks over a Gulf-style Marshal Plan that would see the GCC member states provide financial aid to Bahrain and Oman who have recently experienced social unrest.

Following last Thursday’s foreign ministerial meeting, a Gulf Development Programme (GDP) was announced. It is essentially a $20b (Dh73.56 billion) package that would be equally divided between Bahrain and Oman and drawn over the next ten years, focusing mainly on housing and infrastructure.

Code-naming the programme a ‘Gulf Marshal Plan’ evoked expectations of a comprehensive economic development plan that would lead to a more integrated GCC market bloc similar to the one that reignited Europe after the Second World War. Unfortunately, the reality seems to be far from this. The GDP is a band-aid that addresses the symptoms of Bahrain and Oman’s socio-economic condition, but not its cause.

Bahrain has already announced its plans to build 50,000 homes at an estimated cost of $5.32 billion as well as 20,000 interior ministry jobs. Assuming an average salary of just $2,000 a month, that’s $480 million a year. Bahrain’s 2011-12 budget is expected to be in deficit of at least $2 billion. In Oman’s case, 50,000 jobs have been announced, which at even $1,000 a month would cost $600 million a year. This, of course, is in addition to the recently announced private sector job subsidies and
increased unemployment benefits.

Like Bahrain, Oman runs a budget deficit; last year’s was $300 million. Beyond the Gulf Development Programme, that is pretty much already spoken for by the above, there isn’t a capacity for Bahrain and Oman to do much more. In short, these are major expansions of the Gulf’s welfare state model that temporarily address grievances, but not the socio-economic structural challenges.

The same can be said of the Saudi plans, consisting of unemployment benefits, government jobs, personal debt-write offs, housing projects and some money for charities, sport and cultural clubs.

The GCC states’ level of coordination and cooperation is at a scale unprecedented since the invasion of Kuwait 20 year ago in 1991. This is both comforting as well as alarming. It is comforting because it confirms that the council still functions, but alarming because it only does at self-preservation mode.

Between 1991 and 2011, we saw several bilateral disputes of varied severity, economic cooperation stalled and equal rights for GCC citizens across the region delayed. WikiLeaks showed that most GCC states had common ambitions and concerns which they couldn’t share, let alone address together, but were happy to share with American diplomats.

The GCC, often criticised for failing to socially and economically integrate, must cease to be a reactive collective but an active player with long-term strategic imperatives instead.

The imperatives should include, but not be limited by, the following:

1. Economic policy: an integrated and sustainable economic development plan that would balance the immediate social requirements of disenfranchised citizens with long-term priorities of stimulating a globally competitive private sector, a creative entrepreneurial and smaller more dynamic government. This would herald an era where governments regulate traditional sectors such as real estate development, as opposed to drive their growth, and incubate further global players like SABIC, Emirates and ALBA. This would avert the Gulf from an ever-expanding welfare state bubble that isn’t sustainable.

3. Public policy: The GCC states must make concentrated efforts at reforming the way their three government branches interact. The financial crisis exposed the extent of the ineptness of the Gulf’s judiciary. Ministerial performance, namely infrastructure, education and health, have reconfirmed the endemic incompetence of the executive branch to execute governments’ multi-year strategic plans. Empowering the legislature will be the trickiest and should be pursued carefully, but the crisis has shown that even the best
willing governments can’t regulate themselves effectively.

The question each GCC state must ask itself is this: without deep structural strategic reforms will the council’s self-preservation characteristic prevail next time socio-economic realities turn disenfranchised citizens into rioting protesters?

In an effort to boost its cultural integration, the GCC funded a successful Khaliji-Arabic version of Sesame Street titled “Open Sesame” in the 1980s. We may have resurrected Alaadin to say “open sesame” on a cave of treasures and staved off our plight this time. But there will come a time when even Alaadin’s cave won’t be able to sustain us all … So, a little less impromptu “open sesame” and a little more realpolitik cooperation and strategic planning please.

One Response to Saying No to An ‘Open Sesame’ Welfare Agenda