Expensive Kingdom: Why Projects Cost So Much More in KSA 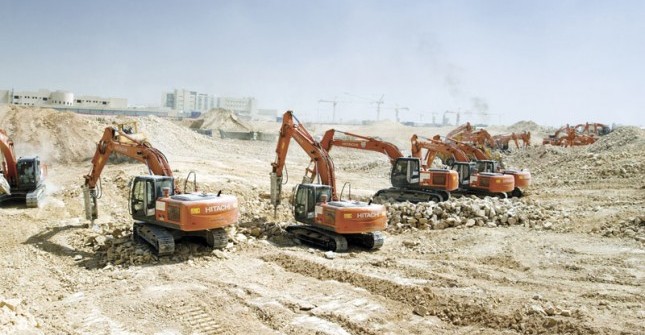 Saudi Gazette translates a piece from the Arabic daily Al-Riyadh that ponders why government projects in Saudi Arabia are so much more expensive than those in other countries. The writers notes that Saudi Arabia imports cheap labor, pays no more for construction materials, yet ends up paying multiples of what it costs to do similar projects in other developed countries.

It’s a very good question. Corruption, as the author wonders, likely does play a role in the higher prices. But so too is the ridiculous cost of real estate. And then — whether it’s seen as corruption or sticking up for social values — there’s the fact that people give business to their friends, not necessarily to the lowest bidder.

It’s clearly a matter of national concern as tens of billions of Riyals just seem to vanish into the air — or individual bank accounts. It seems that when it’s a matter of ‘government money’, no one pays a lot of attention to where it goes. In the case of Saudi Arabia, where the government operates through a complex system of subsidies, the appearance may come closer to the truth, but it’s still money that’s not available for other, more important goals.

Why do our projects cost more?
Abid Khazindar | Al-Riyadh

A few years ago when I was working as a senior official at the Ministry of Agriculture, I was sent on a mission to Jordan where I met with my counterparts there.

We discussed various topics of mutual interest. I used the opportunity because of my position at the ministry to make a comparison between their budget and ours. I found out that the budget of the Jordanian Ministry of Agriculture was less than one tenth of our ministry’s budget, yet they were able to execute more projects than we did.

A local newspaper made a comparison between the costs of projects in Saudi Arabia and other countries. It said the cost of expanding King Abdulaziz International Airport to accommodate 17 million passengers has reached SR27.1 billion while the expansion and development of Singapore International Airport to accommodate 22 million passengers cost about SR5 billion.