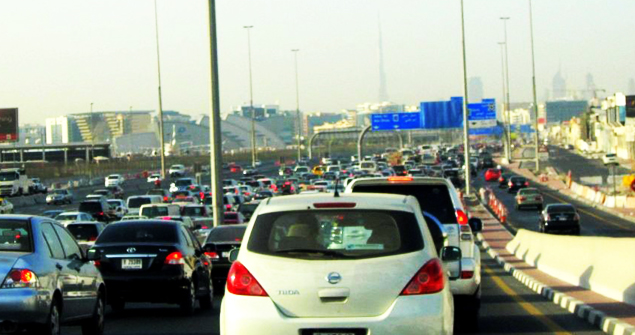 In 1915, Scottish sociologist Patrick Geddes coined the term “conurbation” to denote a continuous urban area. Today, such conurbations can be found throughout the world — from the Washington D.C.-Maryland-Virginia region in the US, affectionately known as the DMV, to the National Capital Territory of Delhi, Haryana, Uttarakhand, Uttar Pradesh and Rajasthan in India.

In the UAE today, Dubai, Sharjah and Ajman, that I will refer to as DSA, despite being three separate emirates, form a continuous urban area so condensed that it is quite challenging to identify exactly where one city ends and the other begins. Egyptian urban researcher and consultant with Ajman Municipality, Dr Ghada Mahmoud Hafez, calls the DSA urban continuum “the fastest growing metropolitan area in the region”.

In March 2000, the Gulf Business magazine showed great foresight when it grouped the three separately administered DSA emirates in one single category. The magazine stated: “Recent aerial photographs show vividly that there is no physical gap between Sharjah and Ajman, while the empty spaces between Dubai and Sharjah are being filled up as developers continue to build towards the common border between the two”. A dozen years on and following last decade’s building boom, the land gaps within the DSA have all but disappeared. Today the DSA is for all terms and purposes one single metropolis.

These three emirates form a total population size of 3.25 million, according to the latest figures, which would place this conurbation roughly within the top-ten Arab cities by population. The DSA also includes some of the most prominent universities in the region, including the American Universities of Sharjah and Dubai as well as Ajman University of Science and Technology, the first private higher education institution in the Gulf. They would have a collective GDP of $100 billion (Dh367.8 billion, as of 2009, according to the Abu Dhabi Council for Economic Development) making the DSA conurbation roughly the eighth biggest Arab economy. The DSA coastline measures around 184 kilometres (excluding the 520-kilometre length of the Palm Islands) with a total area of 7,164 square kilometres.

The common challenges that the DSA emirates face are even more pronounced than the rest of the country. Last spring, a major blaze was averted in Sharjah when firefighters and fire engines were summoned from Dubai and Ajman to support their Sharjah colleagues. In April 2001, an oil tanker named Zainab sank off the Jebel Ali, coast polluting the sealine of DSA, prompting the authorities to shut down water desalination plants causing water shortages and environmental damage. Even benign issues such as common radio frequencies and common names of districts such as Nahda and Mamzar are testimony to the proximity that these emirates find themselves in.

For two decades, a significant number of expatriates who work in Dubai have chosen to reside in Sharjah, “the bedroom of Dubai”, and further afield in Ajman — not unlike those who work in New York, but live in New Jersey or Connecticut.

There have been some commendable attempts to link the transport infrastructure within DSA such as water taxis and buses. Funding from the federal government in Abu Dhabi as well as the Follow-up Committee of Initiatives of the UAE President of common infrastructure road projects along the Emirates and Bypass Roads have largely contributed towards assuaging the tense commute within the DSA, that had contributed to increasing levels of road rage. For instance, during heavy traffic hours and following the completion of federal government-funded road works last year, the commute from Sharjah to Dubai was reduced from 120 minutes to 70 minutes, while the commute from Ajman to Sharjah during peak hours is around 15 to 20 minutes. Many lamented the lost opportunity when the highly successful and efficient Dubai Metro was not extended to Sharjah and Ajman.

There are international best practice examples that the DSA can draw inspiration from such as the Washington Metropolitan Area Transit Authority (WMATA). The WMATA is a tri-jurisdictional government agency with a $2.3 billion budgetestablished in 1967 to operate transit service in the Washington Metropolitan Area. Like DSA, WMATA serves a population of 3.4 million within a 3,800-square kilometre jurisdiction. A similar organisation also exists for the Atlanta metropolitan area. Closer to the UAE, India’s National Capital Territory, which encompasses half a dozen jurisdictions, is implementing a common development plan to coordinate transport, water supply, sanitation, housing, urban development, public health, education, welfare and environmental protection, amongst other things, whereas each of the DSA emirates has its own development plan. By coordinating their efforts these cities save money, increase efficiency and ensure a greater living standard in what can be described as a positive sum game theory.

The DSA conurbation phenomenon is not unique to Gulf. The eastern region of the UAE is also witnessing a gradual urban integration as Fujairah, the two Dibbas, Kalba and Khor Fakkan, gradually merge into one urban continuum. In neighbouring Saudi Arabia’s oil-rich eastern province, Dhahran, Khobar and Dammam are also on their way to becoming a single urban region, although the process is taking time. The Sultanate of Oman’s capital, Muscat, is made up of the two merged cities of Muttrah and Muscat. In its March 2000 edition, Gulf Business also grouped Al Ain in the UAE and Al Buraimi in Oman as one city due to their proximity.

Going forward, despite what has been achieved within the DSA, there is clearly a need for even more coordination between the three emirates’ authorities. The DSA will benefit from forming an organisation to coordinate their efforts, save money and increase efficiency such as that of the Washington, Atlanta and Delhi authorities. Furthermore, nine out of 20 elected members of the Federal National Council who represent the DSA should also coordinate efforts and lobby for additional federal funding for joint infrastructure projects, including perhaps funding to extend the Dubai Metro northwards.

The tri-emirate DSA conurbation must ensure advanced close coordination in issues including fire prevention and fire fighting, pollution monitoring, road and vehicle safety, waste management, mass transit and road planning. More than anywhere else in the UAE, the challenges that the DSA face are common. The solutions must therefore also be common. That will truly be a positive sum game.

This article was first published in Middle East newspaper Gulf News. It is published with kind permission of Sultan Sooud Al Qassemi, a non-resident fellow at the Dubai School of Government. You can follow him at www.twitter.com/SultanAlQassemi.