Dubai: Boom Again But Have Lessons Been Learned? 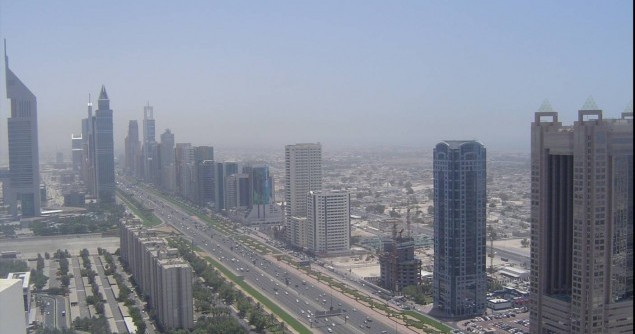 You might have noticed the volume creeping up recently – apparently we’re back in the game, the bad times they are behind us and the road ahead is green shoots all the way.

Emaar’s apartment sales have tripled. Nakheel says confidence is back. Abu Dhabi’s GDP is predicted to post solid growth while much of the rest of the world is struggling to baulk a tide of decline.

Which is, don’t get me wrong, great. There has been little doubt that, even in the doldrums of the past four years, the UAE has been one of the best places in the world to be.

Lest we forget, in the years before that this was not a pleasant place for many of us. It filled with champagne-guzzling yahoos, realtors, financial advisors and other pond scum came flocking to the high life and easy money. The formula for boom was simple – the more stupid you were, the more money you made. The city was packed with dazzling promises and giddying dreams, advertising shrieking at us to Live The Life. The city’s roads groaned under a layer of snarling traffic at a perma-standstill, the sewage farms were overflowing and they were digging holes in the desert to put the shit in while they worked out what to do with it. The guys in the orange trucks had a better idea – they just dumped their loads in the storm drains so Jumeirah’s beaches were slowly invaded by a noxious brown tide.

You couldn’t get to see a doctor. You couldn’t get your kids into the schools. Landlords were turfing people out so they could drive the rent up yet again. The air was a haze of construction dust and pollution. The city became a nightmare symbol of excess and consumerism, the last great defining moment of the boom probably the Cristal-soaked firework freak-out of the Atlantis launch.

And then an awful silence. The hangover. Abandoned cars and fleeing investors. The British media queued up to point fingers and laugh at our disarray. The gold paving on the streets was just sand after all. For some of us, those who had lived here for more than two weeks, this was no surprise. It always was sand, it’s just that you lot all came flying in here proclaiming it gold and so, for you, it was gold.

Dubai was founded on trade, not real estate booms. It was founded on entrepeneurialism and what ‘the authorities’ always liked to call a ‘laissez faire’ attitude to free market economics. It was opportunistic. And it will continue to succeed on trade, not selling implausible dreams. Its most successful and enduring assets, Jebel Ali, Emirates, Port Rashid and others, are built on trade.

Through the recession, Dubai has slowly but surely been investing in the infrastructure it was ramping up to try and meet the demands of the boom. It’s in better shape now than ever it was to encompass expansion and growth with confidence and a new maturity.

The million dollar question is whether we, collectively, have learned our lesson. Whether we can build for the future without being pitched back into the nightmare of the boom.

One Response to Dubai: Boom Again But Have Lessons Been Learned?