Clear Motive: What’s Qatar Really Up To In France? 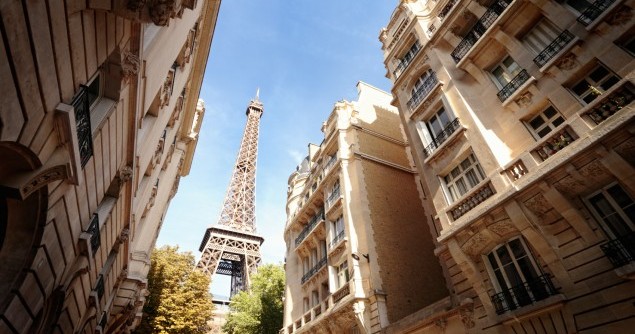 When plans for Qatar to create a €50m euro fund to invest in some of Paris’s poorest suburbs emerged last month, the French political right and left united in disapproval. Marine Le Pen, leader of the far-right National Front, denounced the move as a plot to stoke Islamism in Paris’s Muslim-dominated districts, while the left-leaning Libération railed against the French government allegedly subcontracting its sovereign duties to a Middle Eastern state whose motives were suspect.

Yet the reaction shows a fundamental misunderstanding of the way Qatar operates globally and what it is trying to achieve. The pattern of its international relations shows its investments are geared primarily to three things: profit, security and building a brand that appeals to its western allies despite not being a democracy. The investment in the banlieue – long a scar on France’s social conscience – looks no different.

Part of the suspicion of French commentators stems from the difficulty of evaluating what kind of financial return Qatar could make from such a venture. Simultaneously, Qatar’s well-known support of Islamists in the Arab Spring has spawned far-fetched reports in the French press, quoting military intelligence sources who accuse Doha of supporting pro-Sharia armed militants in Mali.

Yet all this ignores a long record of examples that suggest financial gain is typically foremost in any Doha-backed investment. Such strategy is driven by a desire to bolster the country’s balance sheet and diversify earnings away from oil and gas.

The Qatar Investment Authority, the state’s main international investment vehicle, was established in 2005 to bolster and secure the longer term health of the economy through diversification. Subsequently, it has earned a reputation as a successful, thirsty investor with a particular eye for bargains and blue-chip companies.

Image in the west is also an important element of Qatari ventures overseas, whether backing Libyan rebels or building the Shard, London and Europe’s tallest building.

Since the mid-1990s, Qatar has been trying to present itself as a business-savvy, culturally-sophisticated and forward-thinking country, differentiating itself from other Gulf city-states such as Abu Dhabi, Dubai and Manama. Doha’s heavy investment in international art and education facilities, conferences and big sporting events such as the World Cup are all part of building the brand of Qatar™.

A third strand in Qatar’s financial strategy is linked to its core security concerns. It has seen Kuwait invaded in 1990, a deepening crisis over Iran and often acrimonious relations with Saudi Arabia – all of which mean it needs its western allies.

While Doha already has the US security umbrella and various agreements with France and the UK, it has been steadily building these relationships, particularly with London, over the past few years. Tens of billions of pounds of investment in London, not to mention supplying a vast proportion of the UK’s gas requirement, guarantees Qatar an appointment at Downing Street whenever it wishes. Doha has also made a series of important acquisitions in France and buys up to 80 per cent of its military material from the republic.

Although there is no document setting out Qatar’s strategy, it is apparent from – and only possible because of – the concentration of power in the hands of a tiny number of decision-makers who are related and share a vision of country’s future. While Hamad Bin Khalifah Al Thani, the emir, remains in broad strategic control, Tamim Bin Hamad Al Thani, the crown prince, is increasingly active and is behind several recent sporting ventures, including the acquisition of Paris St Germain football club. Hamad Bin Jassem Al Thani, prime minister and foreign minister, is the key player in the Qatar Investment Authority, while Sheikha Moza, the emir’s second wife, is the guiding force behind the social and educationally-focused Qatar Foundation. Sheikha Mayassa, the emir and Moza’s daughter, is in charge of museums and art projects.

The Paris banlieue project contains elements of all the imperatives that have driven Qatar’s international investment spree so far. The fund may prove to be a successful micro-lending facility from which Doha will gain financially in the longer term. Its charitable and social focus also help Qatar look good and while the plan has its roots in the Sarkozy presidency, that it continues under President Hollande reinforces the flowering bilateral relationship between Paris and Doha.

Fear of Qatari motives seems unwarranted in this case. Doha’s slowly liberalising rulers prize their key western allies above all else. They would be loathe to see what – for them – is a tiny deal financially jeopardise goals that they have been aiming at for many years now.