Citigroup: ‘No Benefit to Qatar from World Cup’ 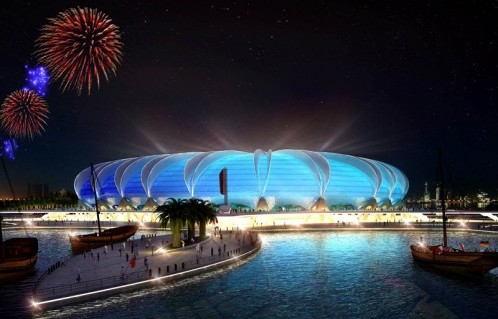 Citigroup’s chief economist has posited that Qatar will not see any (net) economic benefit from hosting the 2022 World Cup. While this would hardly make Qatar unique, this will not come as happy reading to Qataris concerned about their inheritance being squandered on the mother of all prestige projects.

The Bloomberg article carrying this story focuses on the issue of hotel rooms. Currently, Qatar has around 60% occupancy but has pledged to increase its capacity tenfold. It is perfectly reasonable to ask, therefore, who will be staying in all these rooms after the World Cup. Sure, tourism will pick up somewhat after – inshallah – hosting a successful tournament, but 90,000 rooms? I don’t remotely see where that number of people will come from.

It is the same story in the Emirates. The large hotels on Yas Island, aside from the week per year when they are full with F1 fans and officials, generally operate at less than 10% capacity it is claimed. How this can continue, I just don’t see.

All of this is a part of the voodoo economics that envelopes the Gulf. Supply and demand? Where? I just don’t really see it in the Gulf. Look at all the empty towers dotted around the region and the new soon to be empty towers currently rising beside them. It often far more resembles a Soviet-esque command economy than anything else. Sometimes this can work, at least for a time. Dubai’s ‘build it and they will come’ attitude did well until its spectacular crash; hardly a good harbinger for the region loosely following some of its principles.