China is taking a close interest in the Arab world as a source of its oil. It cares little about the politics of the region and cares less about who is in charge of Syria, but it desperately wants secure supplies of oil since 51 per cent — an astonishingly high quantity — of all its crude imports come from the Middle East. 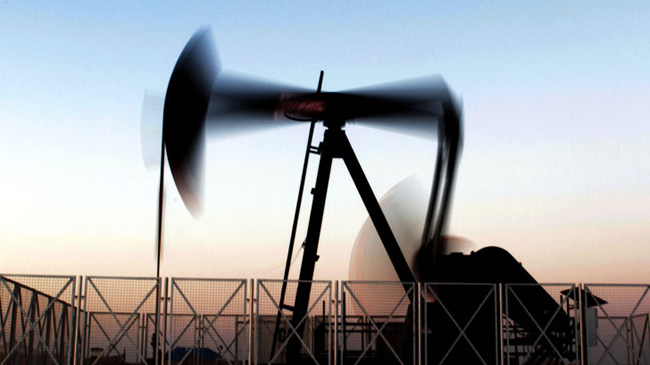 China is taking a close interest in the Arab world as a source of its oil. It cares little about the politics of the region and cares less about who is in charge of Syria, but it desperately wants secure supplies of oil since 51 per cent — an astonishingly high quantity — of all its crude imports come from the Middle East.

It must be worrying for the Chinese leaders that their vital plans for sustained economic growth depend on imported energy. It worries them deeply that China’s energy imports grew in 2012 to satisfy both the increase in domestic demand and the drop in domestic oil production.

The new Chinese leadership is caught in this unfortunate vice which limits China’s options to find new oil suppliers and forces them to maintain close relations with their Middle Eastern partners, as they are building a network of land and maritime trade routes that brings China closer to the Gulf and Africa.

Last month, China made a 50 million euro (Dh243.16 million) offer to take over India’s role in expanding and managing the Chabahar Port in Iran. This has important strategic implications as Chabahar is Iran’s only port outside the Gulf with access to the Arabian Sea and has a land route that runs through Iran to Afghanistan. During the 2000s, India was anxious to connect with Afghanistan. So, in addition to working on the port, it also built the strategic Zaranj-Delaram highway, running from the Iranian border into the centre of Afghanistan, which the Indian Defence Review castigated as a “colossal waste of Indian funds” after the Taliban seized the road from ISAF forces.

The Chinese take a longer view, recognising that any route from Iran to the centre of Afghanistan can extend very easily through to China and become part of the Chinese supply network. Therefore, China’s offer to upgrade Chabahar Port has led the Iranians to put the Indian offer on hold and review their options.

Chabahar is a competitor to Pakistan’s Gwadar Port, which has been run by the Chinese for some time. Last month, Chinese Premier Li Keqiang and Pakistan’s Prime Minister Nawaz Sharif signed an agreement to build a 2,000-kilometre road and rail link from Kashgar in China to Gwadar on the Pakistani coast. Gwadar Port has been run by the Chinese Overseas Port Holding Company for some time, which upset the Americans who used Gwadar as an important supply centre for their forces in Afghanistan, although the American withdrawal has made their concerns much less urgent to the Pakistanis, who also need long-term regional allies.

The two Gulf-China trade routes from Chabahar and Gwadar are matched by another Chinese route to the Gulf of Bengal, where the oil and gas pipelines run from Kunming in south China through Myanmar to the sea at Kyaukpyu on Ramree Island where China has built a huge Singapore-style port. The first gas shipments started this week and when it gets to its full capacity of 12 billion cubic metres per year, the gas pipeline will be carrying more than six per cent of China’s annual gas consumption.

The 800-kilometre pipeline took three years to build and offers an important alternative to the Gwadar and Chabahar routes. The military rulers of Myanmar have courted Chinese investment for many years, and even if they are now opening up to other nationalities to come into their country, this pipeline and port will be a vital part of both Myanmar’s and China’s economic strategy.

A fourth Chinese port in the Indian Ocean is Hambantota in Sri Lanka, which was opened in 2010 to great acclaim from Sri Lankan President Mahinda Rajapaksa. While Sri Lanka gained a large port for its economy, a substantial part of the facilities remain under Chinese control, where they are able to manage their own commercial and other maritime activities.

The success of Hambantota has emboldened the Chinese to build another port in Sri Lanka’s capital Colombo. This week, they won a $1.43 billion (Dh5.25 billion) deal through China Communications Construction to build a 230-hectare port in Colombo.

The Chinese are clear that they want a proper deep-water strategy and the Chinese 2013 defence white paper points to a more strategic focus on maritime development, according to the East West Centre. And for the first time ever, this year, both the Communist Party Congress and National People’s Congress said that “safeguarding maritime rights and interests” and “protecting overseas interests” are significant goals for the People’s Liberation Army.

This may sound ominous to Japan and Korea, which are squaring up to their large neighbour over disputed islands, but it is also an important message to the many different political elements that China is prepared to work with to ensure a secure supply of energy. China’s friends amongst the Gulf monarchies, Iranian ayatollahs, Taliban warlords, Afghans and Pakistanis, Sri Lankan plutocrats and Myanmarese generals will all be greatly mistaken if they think that China has any interest in their own affairs. Beijing is simply looking at the oil.