Saudi Consumer Debt A “Cause for Concern” 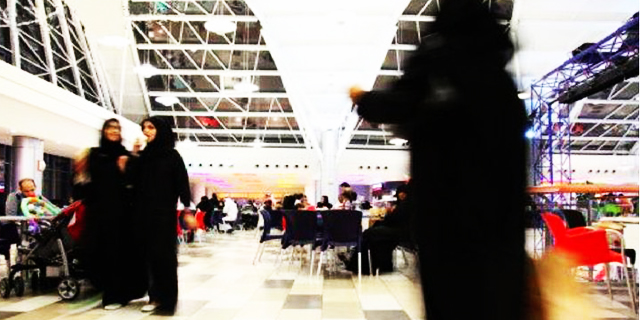 Muhammad is one of thousands of Saudis taking advantage of Saudi Arabia’s healthy economy and banks’ increasing willingness to offer personal loans and credit cards. Her loan also illustrates the continuing debate in the Saudi banking industry whether some aspects of the loan system contravenes shariah, or Islamic law, that guides how Muslims conduct financial transactions.

“I find the increase in line with the growth of the Saudi economy, an emergence of an affluent middle class and creation of more high net worth individuals now than at any time in the past,” says Noor, who emphasizes he was offering a personal opinion. “The surge in personal loans is not just due to proliferation of credit cards in the Saudi economy, although plastic money has clearly made it easy to stack up debts. Real estate loans have also been a big reason for personal loan surge.”

Until about 2000, banks were reluctant to issue personal loans to individuals, preferring to limit their lending to large companies. Consumer credit card use was also relatively rare.

However, the demand for easier access to money has increased as the Saudi middle class has grown more affluent. Banks devised methods to offer credit cards compliant with shariah. Islamic law does not permit usury, charging or paying interest and conducting business contrary to Islamic values, such as operating a casino and selling pork or alcohol.

Saudis pay a fixed monthly fee on credit cards. Banks may require customers to have a savings account with a specific amount of money on deposit. Charges for late payments may be about 3% of the outstanding balance. Another way the card issuer earns a profit is to pre-purchase an item a customer plans to buy and then instantly resell it to him at a higher price.

Noor acknowledged there is “cause for concern” over the rapid increase in consumer loan and credit card debt, but the Saudi Arabian Monetary Agency (SAMA) has not allowed it to get out of control. “I think SAMA has not been asleep at the wheel and has kept the commercial banks in check with regulations like limiting loan to deposit ratios.”

SAMA in 2006 established regulations that total loans may not exceed 33% of the total salary of employees and 25% of the income of retirees. Nabil Al-Mubarak, executive-director of SIMAH, told the Arab News that, SIMAH’s policy labels card debtors as defaulters under two conditions: if they have not paid for six consecutive months and if the amount due is SR 500 and more.

Noor said the criteria to issue credit cards is heavily regulated in Saudi Arabia, noting that customers are rarely pre-approved and must prove their eligibility for credit cards. “There are SAMA regulations dictating the credit card and personal loan limits and the central database [Saudi Credit Bureau] SIMAH is monitoring defaults,” he said.

Noor said that given the large expatriate population, whose work and residence permits are linked, banks are very careful in credit card issuances and usually require having a bank account with them, salary transfer and employer letter before a card is issued.

“Since expatriates here are unable to leave the kingdom with credit card debts disproportionate to their earnings or end of service, the banks here have not struggled with staggering default rates as elsewhere,” Noor said.

Yet the explosion in obtaining credit cards and personal loans, and how banks charge fees, has led to consternation among some Islamic scholars whether the high fees are tantamount to paying interest.

Ahmed Alkady, a trainer at the Jeddah-based Islamic Development Bank, told The Media Line that he sees no difference between paying penalty fees and charging interest on credit cards.

“I don’t use or even recommend credit cards,” Alkady said, “It is a hidden type of interest as banks make you pay what they call a fine or a penalty for failing to pay them back on time. The same thing is applied in non-Islamic banks but they call it interest. I see no difference between the two unless you make sure you don’t use it for drawing cash. Or when you buy goods make sure you pay it back before the end of the time limit.”

Islamic banks use an asset-based loan system, such as providing an automobile loan, in which the bank purchases the car, maintains ownership and then rents it to the customer. The customer makes monthly payments that add up to more than what the bank paid for the vehicle. Ownership is then transferred to the customer once all payments are made.

Alkady described Muhammad’s loan was tawreeq, or securitization, meaning the asset is made into financial tool like a share in a company. The transaction originates with an item, such as equipment or even property bought by the bank and then sold to the customer to be paid for on an installment basis. This allows the bank to raise the price of the item as a way of earning a profit while at the same time providing immediate liquidity for the borrower.

However, the Organization of Islamic Cooperation’s International Council of Fiqh Academy, a group of Islamic scholars, ruled in 2009 that tawreeq is “legal trickery” with roots in interest-based lending.

Alkady said the Islamic Development Bank followed with a similar ruling in April 2011. “The bank’s scholars have issued a decree in which they consider tawreeq un-Islamic simply because the bank is selling goods that it does not actually own,” he said.

Yet most Islamic banks worldwide embrace tawreeq, with many Islamic scholars in Muslim countries endorsing the practice.

Sami Al-Nwaisir, chairman of Al-Sami Holding Group, wrote in the Arab News recently that loans “favor the banks and their regulations” and “the unfair contracts by banks designed for their benefit alone, which victimize and suppress the individual through the systematic brutality of the one-sided agreement.”

Noor faults the banks for not educating borrowers. “Islamic banking is asset-based and borrowers need to understand that to better appreciate it,” he said. “Bankers, however, remain the culprit by complicating documentation and structures, and thus making it difficult for the layman to make a rational choice.”

One Response to Saudi Consumer Debt A “Cause for Concern”