Bahrain: My Blueprint for Its Economic Success 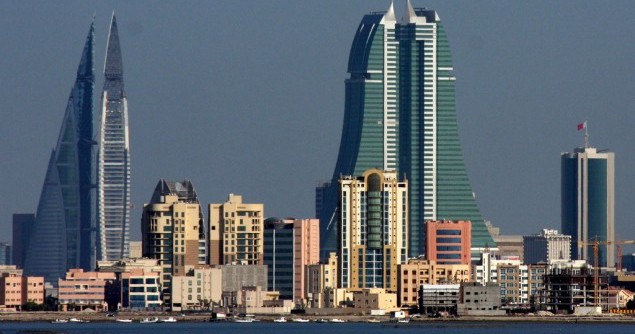 Just about everywhere in the world, the conventional wisdom is that small and medium enterprises are the engine for economic growth. Encourage them, create the right regulatory conditions for them, and some of the little acorns will grow into mighty oaks.

But does this philosophy pay dividends in the Gulf Cooperation Council (GCC) countries – Saudi Arabia, Kuwait, Bahrain, Qatar, Oman and the United Arab Emirates – where government support in the form of subsidies for start-ups are part of wider strategies to boost the employment of GCC nationals?

In Bahrain at least, perhaps not.

The other night I took part in a discussion organised by the Bahrain Economic Development Board and the Institute of Banking and Finance. One of the panellists was Dr Jameela Al Mahari, who is a lecturer in entrepreneurship at the University of Bahrain.

Dr Jameela believes that the subsidy policy for SMEs in Bahrain does not discriminate between family businesses, which are not necessarily entrepreneurial, and start-ups with genuine entrepreneurial instincts – defined broadly by innovation and paradigm-shifting.

The former, she claims, contribute little to the Bahraini economy because most of the jobs created by their growth are filled by low-cost foreign workers. Although these businesses bring economic benefit to the owners and their families, they create few additional jobs for Bahrainis. And the overall gain for the economy is possibly balanced or even outweighed by the cost of the infrastructure and services needed to accommodate and support the additional foreign workers – housing, health, transportation systems, water and electricity (which are themselves subsidised).

It’s an interesting idea that – as she readily points out – needs to be tested by research and data.

Bahrain, in common with the other GCC states, has a massive youth bulge – according to a statistic quoted in the meeting, 52% of Bahrainis are under the age of 24. Leaving aside the socio-political impact on the economy of the current unrest – which is admittedly hard to do – the fact remains that finding employment for these young people is and will remain a high priority for the Government.

So what is the best strategy for achieving this?

The approach over the past fifteen years has been both to encourage start-ups and to attract big-ticket foreign investment that brings with it new jobs for Bahrainis. Given the current instability, Bahrain has a tough job persuading new investors to come to the island. It faces strong competition from the likes of Dubai and Abu Dhabi.

So organic job creation, aided by liberal doses of financial Baby Bio applied by the government, becomes ever more critically important. You might argue that now is possibly the worst time for young (or old Bahrainis) to be thinking of starting new businesses.

However, the situation as I see it is not all doom and gloom. Bahrain has plenty going for it.

For a start, it has a large population of highly educated young people. There are 20 public and private universities catering for just over half a million Bahrainis. The country does not have the resources of Saudi Arabia, which currently has over 120,000 students studying at foreign universities. But it does punch above its weight in producing large numbers of talented and well-qualified young people.

It also sits next to two for the wealthiest of the Gulf States – Qatar and Saudi Arabia. It is a member of an economic zone designed to facilitate freedom of trade and movement.

And finally it is a society that is both technically literate and has a long tradition of linguistic literacy.

So I would question the wisdom of diverting funds towards those businesses that Dr Jameela sees as non-entrepreneurial – hardware stores, restaurants, small construction companies, importers of foreign products. All of these are inward-looking activities, and they are the types of businesses most likely to struggle in times of civil unrest.

It seems to me that Bahrain should focus on exporting expertise and intellectual property to its neighbours in the Gulf. But what kind of expertise? The country has plenty of knowledge of financial services, oil and gas. But so do its neighbours.

Perhaps one of the most promising export opportunities would draw from a combination of cultural and linguistic literacy.

Of all the GCC states, the country has the longest tradition of multi-cultural interaction – rivalled only by Jeddah, the gateway to the Mecca pilgrimage, the Haj. Even today, when reading as a pastime throughout the Middle East has been largely replaced by the attenuated delights of Facebook, Twitter and YouTube, a deep tradition of literature – especially poetry – and song is alive and well on the island. And despite the sectarian undercurrent that also runs deep, the major world faiths and their followers have coexisted for a century in Bahrain in a way that is unique among its neighbours.

If you combine that experience and knowledge of parallel cultures with the massive adoption of computer technology in the region – ranging from social networking and mobile applications to enterprise systems – and you have an opportunity for a GCC country to become pre-eminent in developing software that is designed for the Arab world, yet moves easily between Arab and non-Arab users.

Most software products sold in the GCC are produced by enterprises outside the region – giants like Google, Microsoft, Oracle and so forth. The localisation of those products is often grudging and sometimes ineffective. Arabic interfaces are usually an afterthought – tacked on long after the product design is set in concrete.

Why then does Bahrain – or any of the other GCC states for that matter – not harness its technical resources in designing software products that are built specifically for the 200 million Arabic-speakers in the Middle East and North Africa?

If hybrids of Arabic and English increasingly dominate the Arab parlance in the social media, who is surfing that wave and designing specifically to support the hybrid? Why is it that Arabic characters embedded in English text have to be represented by numerals, for example?

The penetration of Facebook and Twitter in the GCC has mushroomed – a perfect sales medium for Arabic apps and cloud-based enterprise software. Both fixed and mobile broadband use in these countries has become common currency. Where are the Arab developers who are challenging the clunky products imported from the West? Where is the Arabic Weibo?

Can’t be done, I hear my Arab friends say. Bahrain is very different from China. We are consumers, not creators. The big software players are struggling to monetise mobile apps. How can we do so?

I can only say that this was the reason behind Nokia’s decision to focus on the 3G market at the expense of its investment in 4G phones. In its pursuit of short-term profit, it couldn’t see beyond its nose.

And then what of e-books? The platforms now exist for all manner of e-books that go well beyond the flat text you can download to a Kindle. Western publishers are now developing exciting products that use audio, video, great graphics and interactive feature, and seamless interfaces to the web. Why is it that nobody is investing in Arabic e-books that push the boundaries? Books that can be accessed by smartphones and tablets, and that play to the preferences of the local market?

This is another opportunity for Bahrain that could soon slip away. It won’t be long before technology-savvy countries like Dubai and Egypt move to fill the gap.

Then there’s e-business. Very few small businesses in the GCC have woken up to the possibility of selling their products and services through the web. E-consumers in the region are still somewhat cagey about entrusting their credit card information to the web. Many of those that do prefer to pick up their purchases rather than rely on delivery services such as couriers.

But that will change over time. Traditional traders who fail to see the opportunity to boost their businesses with online sales will find it harder to grow, and harder to escape the local constraints that are currently holding back their businesses.

Bahrain does not need to import large numbers of foreign workers to become pre-eminent in these fields. It has abundant local talent that I suspect would welcome the opportunity to get involved with start-ups that push out the boundaries in their own region and create products that don’t have a foreign logo all over them.

I might be completely barking up the wrong tree. But in my opinion this is where Bahrain’s economic investment needs to go. It will produce more dividends in the long run than bringing yet another bank, insurance company or foreign consultancy to the country. And there are enough restaurants, cake makers, builders and shoe shops here already.

A knowledge economy takes generations to build, whatever the rhetoric from just about every GCC government maintains. But you’ve got to start somewhere.

Leveraging literacy and technology would great way for Bahrain to go.

One Response to Bahrain: My Blueprint for Its Economic Success